A motto expresses the essential features of the organization's beliefs or ideals that guide every individual in an organized body. It helps direct the habits and provides willpower that will contribute to attaining the organization's long-term goal. While a slogan gives a precise representation of what the organization is all about.

What is The US Marines Slogan and Motto? 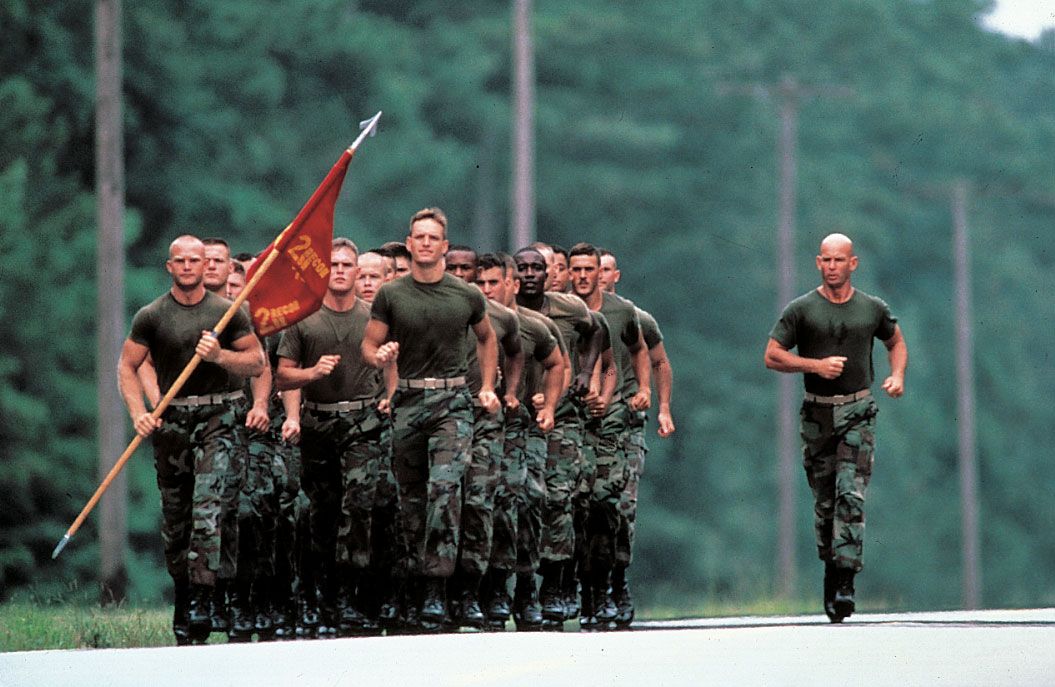 The United States Marines (USMC) is a branch of the United States Armed Forces. Its responsibility is to carry out the military expedition and amphibious operations. They have their own infantry and special operations forces necessary to protect the country both on land and at sea. Their motto, "Semper Fidelis" is a Latin phrase that means "Always Faithful." The motto was formally approved by Colonel Charles McCawley in 1883. Though there were several mottoes that had been developed prior to Semper Fidelis, the selection of the motto was to recognize and honor the bond developed and shared between Marines.

Of all the military branches, the .S. Marine Corps has the most creative and popular slogans. It is not a surprise why you will see their slogans everywhere even on car bumpers, shirts, and mugs of civilians who have never been a part of the corps. One of their famous slogans is "Tell that to the Marines." It is a statement first seen in their 1917 recruiting slogans that has remained to be heard at the present. "The Few. The Proud. The Marines" is a phrase that not only helps them gather new recruits, it also got nominated to be included in the "Walk of Fame" in New York.

The motto originated from the ancient Roman Empire, and it has lived on in the hearts of every member of the U.S. Marine Corps. From 1883 up to the present, the expression unites all the Marines. It is significant for it helps honor traditions in the corps while guiding the marines in fulfilling responsibilities. Several mottoes came before "Semper Fidelis." There was "Fortitudine" in 1812, "By Sea and by Land" in 1850, and "To the Shores of Tripoli" in 1805. While these previous mottoes remain to inspire our marines, the "Semper Fidelis" continues to be the most effective expression that never ceases to unite the entire Marine Corps both in the past and the present.

The motto of the US Marine Corps is more than just an expression that binds every Marine. They also say Semper Fi as a greeting to their comrades and their families. If someone greets you with Semper Fi, it is only appropriate to respond with Semper Fi. It is a sign of respect that has been a tradition for centuries. Extending the greeting to families has been an effective way to promote solidarity among the Marines.

Unlike any other armed force branch, the US Marine Corps has never experienced any mutiny. The motto has served the organization well, and safe to say that our Marines have been truthful to their words. Their declaration of faithfulness is a solemn promise that they have honored and will honor for the generations to come.