By far the most common Rank in the United States Army is the E4 specialist rank. Comprising about one-fifth of all the army they hold power in numbers that have earned them the title of the E4 Mafia.

Many Enlisted in the Army rising to the rank of E4 and stay there for quite some time. This is due to many reasons but one of the biggest ones is the community that has sprung up around that rank. E4 refers to the specialist rank and clarifies the pay grade they are at. Due to the number of Specialists in the army, they have formed a bond between each other that allows a few E4’s to more often than any other rank band together to exchange information, spread false rumors, or influence decisions of the higher-ranked personnel.

This unity usually comes with a benefit to E4’s but they have a reputation for “guarding” lower-ranked personal against officers and sergeants. Specialists despite their lower rank can serve in the Army at that rank for many years so they can have a better understanding and influence behind the scenes than higher naked personnel while still being able to claim ignorance due to the lower rank and fewer responsibilities. 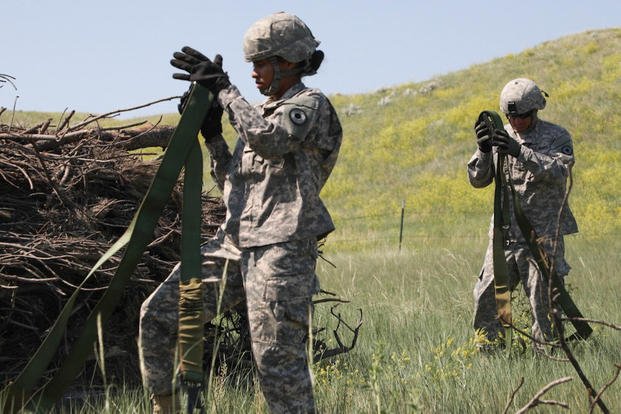 This is not to say that all E4 only do good by lower-ranked enlisted. They are also the most notorious members of the military for spreading false rumors to confuse and mess with lower-ranked enlisted. Mostly harmless hazing, by preying on the ignorance of these individuals E4’s can sometimes be an obstacle for anyone lower than them on the totem pole.

Despite how the name makes it seem the E4 is nothing like an organized mafia organization. The name is used more as slang by those who are not in the E4 rank. For example, it is not common to hear someone claim they are in the E4 mafia but if a few specialists get together and constantly use their positions to “game the system” so to speak, others may refer to them as the E4 mafia as a way to describe how people of the specialists rank often band together.

Another reason that personnel may choose to stay an E4 is because of the increase in responsibility after that rank. A specialist is the last rank in the army that can ignorance because they do not have anyone that they are responsible for. After E4 is E5 this is the rank of Sargent. Sergeants have a lot more paperwork and responsibility in exchange for the pay increase due to this many E4’s see it as easier to just stay a specialist.

Mafia or not, with more than 100,000 specialists in the Army’s over 500,000 soldiers the rank of E4 is the most influential by size and possibly in other ways of any rank in the military. If there is someone in the Army getting up to trouble, spreading rumors, or causing trouble it is most likely the E4 mafia, and everyone lower or higher ranked than them should keep an eye out for what they will get up to next.