The History of the Alpha Dog Project

Since 2011, Dr Martin Buehler led the start of the Alpha Dog project, the name given to a robot shaped like a dog, designed by Boston Dynamics, Foster Miller, NASA and Concord Field from Harvard University, for the agency dedicated to research in advanced defense technology projects called DARPA, which belongs to the U.S. Department of Defense, this agency and the U.S. Marine Corps were responsible for the financial part of this project.

The idea in the creation of the Alpha Dog robot is to help the North American troops, providing them advantages in the combat fields, in the phase of its development it was experimented with different versions of the robot, being a prototype that was named as Big Dog, the first test, this model came to cause a great impact at global level, since its movements looked very biological and organic caused very similar to those of a living being.

The publications about this robot generated a great expectation in the social networks, reaching to be visited in the YouTube platform more than 14 million times, this prototype had as purpose, the test as far as stability and the forms to move by different types from lands. 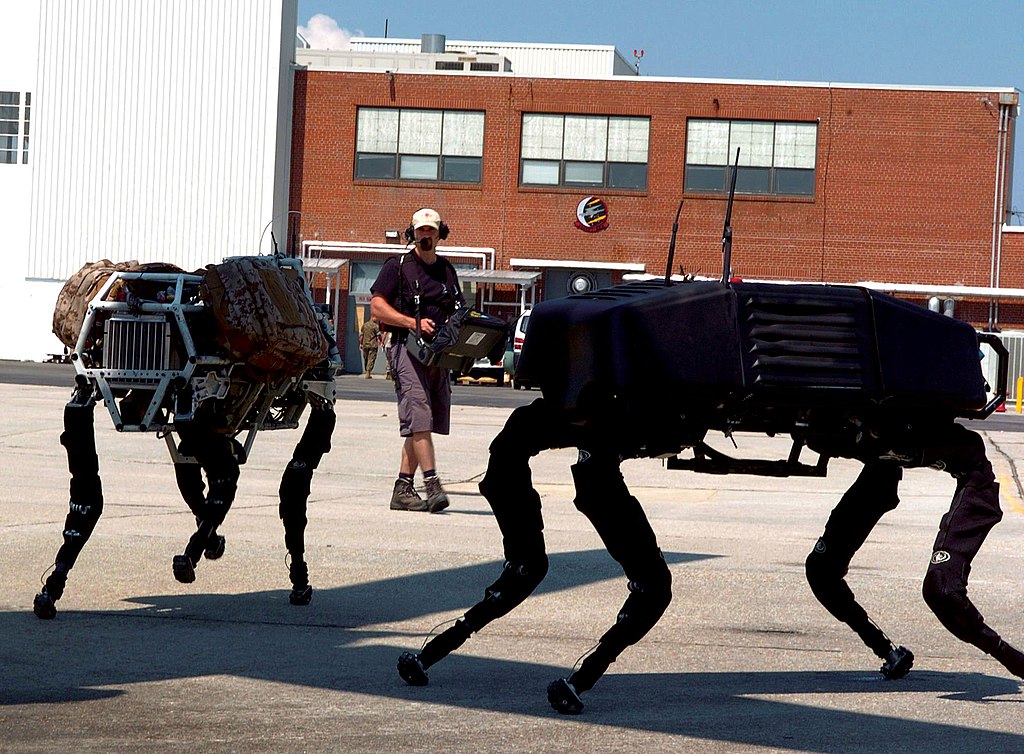 Among the characteristics of this model, it is 0.91 m long, with a height of 0.76 m and a weight of 110 kg. Among its basic capacities, it can cross terrain in areas with complications at a speed of 6.4 km/h, and it can transport loads of up to 150 kg, and it can also climb steep areas of up to 35 degrees.

The Boston-Dynamics company presented the second version of the prototype, with the novelty of an arm that helps support its four legs and gives it the ability to pick up and throw objects.

In 2011 a version with the name of bulldog will be presented, but the company Boston Dinamics changes the name to Alpha Dog since the characteristics of the robot did not coincide with those of a bulldog, the propulsion of Alpha Dog is based on a system that acts hydraulically, with capacities for transporting up to 200 kg of cargo over distances of up to 50 km, uses GPS to control navigation, and is equipped with computer vision that gives it the ability to follow the soldiers autonomously, and to skillfully traverse difficult terrain, climb steps, recover from falls and even trot like a horse.

Alpha Dog was designed to support military units called squads, integrated by a number of soldiers that varies between 8 and 12, the Alpha Dog tests were carried out with the Marine Corps and the U.S. Army.

During this period Alpha Dog has worked alongside the soldiers, their capabilities have been honed, and performance has been evaluated in different areas such as:

In 2014, Alpha Dog was used in military exercises carried out in the Pacific Basin, the robot joined the patrols, crossed rough terrain, responding to the commands with great success.

A great advantage for the squadrons of soldiers accompanied by Alpha Dog is that they avoid carrying material on their shoulders over steep terrain. It is planned to use this robust mechanical dog to deactivate explosives in the future without putting the soldiers at risk.