The USS Iowa (BB-61), better known as the "Big Stick," is a retired battleship during World War II. It was one of the six of the Iowa-class commissioned for the U.S. Navy in 1939 and 1940. The Big Stick was the biggest and most powerful ship of her class. It was a battleship needed by the U.S. Navy because it was heavily armored with large-caliber guns. It helped strengthen the U.S. Navy's offenses and defenses at sea. At first, her purpose was to obstruct enemy military starships while performing duties in the naval fleet. Today, the USS Iowa now serves as a museum docked at the Port of Los Angeles.

The U.S. President Theodore Roosevelt popularized a notion in warfare. According to the great president, you have to prepare to negotiate in battle but 'carry a big stick.' If the negotiation fails, you will be ready to put the might of your military for use. Carrying a big stick can also intimidate the enemy force that can support the success of the negotiation. The USS Iowa (BB-61), commissioned to serve as the lead ship of the Iowa-class battleships, has been known as the 'Big Stick.' It followed the termination of the Montana-class battleships that were slower. She was the only ship to have served in the Atlantic Ocean during World War II. In 1943, she carried U.S. President Franklin D. Roosevelt, Prime Minister Winston Churchill of the U.K., and the Soviet Union leader Joseph Stalin. In 1945, she became the flagship of areas serving the eastern and northern Pacific Ocean areas. She carried Admiral William F. Halsey's flag at the surrender of Imperial Japan in Tokyo Bay. The USS Iowa (BB-61) has been commissioned and decommissioned until her decline in 1984. 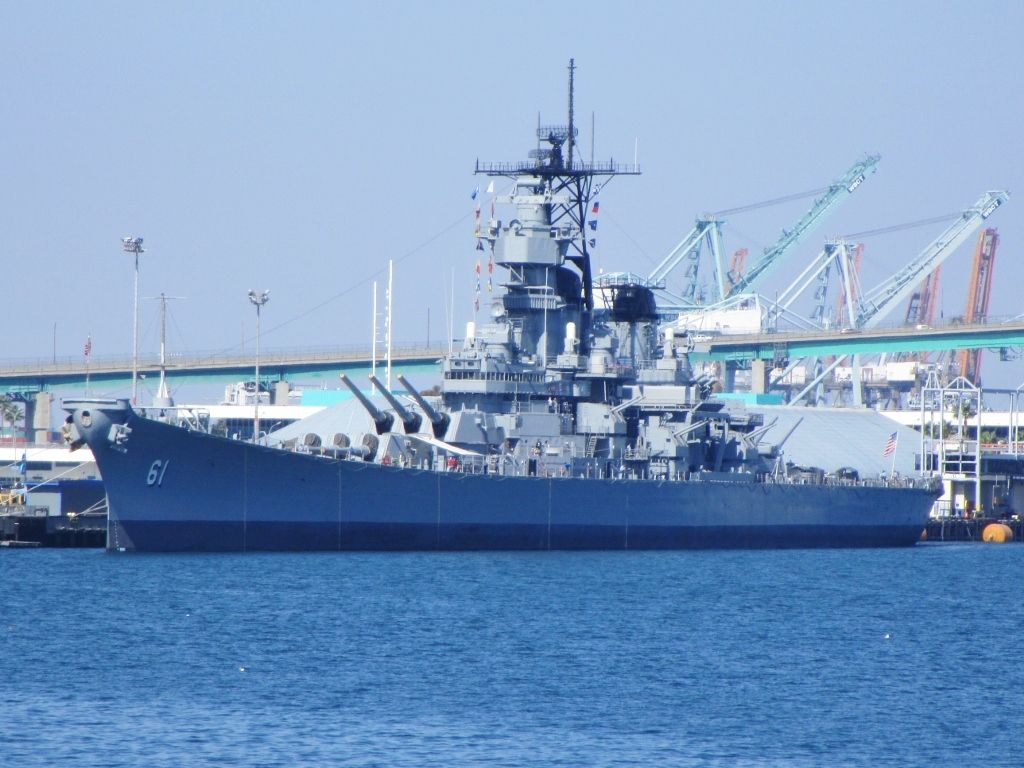 The construction of the USS Iowa aimed to supply the US Navy with the much-needed battleships, following the attack on Pearl Harbor. First Lady Eleanor Roosevelt attended her launching ceremony on August 27, 1942, with Ilo Wallace as the sponsor. The USS Iowa (BB-61) or 'Big Stick ' had earned a total of eleven (11) battle stars during her prime. She received nine (9) battle stars for World War II and two (2) for the Korean War. In her heavy modernization in 1982, they installed Harpoon anti-ship missiles, Tomahawk cruise missiles, and Close-In Weapon Systems. It helped her strengthen her defensive in battles. She measures 887 feet in length with a speed of 33 knots. Her displacement was 45,000 tons that were powerful during her time. Today, the 'Big Stick' serves as a museum ship and an iconic landmark for Los Angeles. Visitors can now enjoy the best outdoor museums with self-guided and virtual guided tours. . The museum's mascot, Vicky the Dog will definitely amuse the children who will visit the Big Stick Museum. She had the rare opportunity to join the president of the United States in watching movies every night while aboard the USS Iowa. Vicky was also able to cross the equator together with President Roosevelt, Winston Churchill, and Joseph Stalin.