The U.S. Army and Marine Corps are both service branches of the United States Armed Forces. Both service branches offer the same employment opportunities in the infantry, armor, aviation, and administration sections except for the medical field. Unlike the U.S. Marine Corps, the U.S. Army can hire health-care professionals like doctors and nurses. These two have a similar primary obligation. It is to keep the nation safe and often tasked to work in a unified manner.

The Army is the largest and oldest service branch of the United States Armed Forces, established on June 14, 1775. It is the branch that conducts ground combat missions with its sizable armed terrain force. Star logo is the insignia of this branch, and its motto is 'This We'll Defend.' Members of the U.S. Army are known as soldiers with its reserve components known as Army Reserve and National Guard. The Army Special Forces unit members are known as the 'Green Berets.' In enlisting in the Army, you have to be at least 34 years of age. The Pentagon is the U.S. Military's symbol and headquarters building. The Army's command responsibility is to protect the country on land. Their duty covers the implementation and support of the national objectives and policies. Deal with attacks that can harm national security and preserve peace by defending the country and all the land under its jurisdiction. The military has ground troops, tanks, artillery, and helicopters necessary to perform the responsibility at hand. Gen. James C. McConville is the current Chief of Staff of the Army and the 40th CSA in the service branch history. 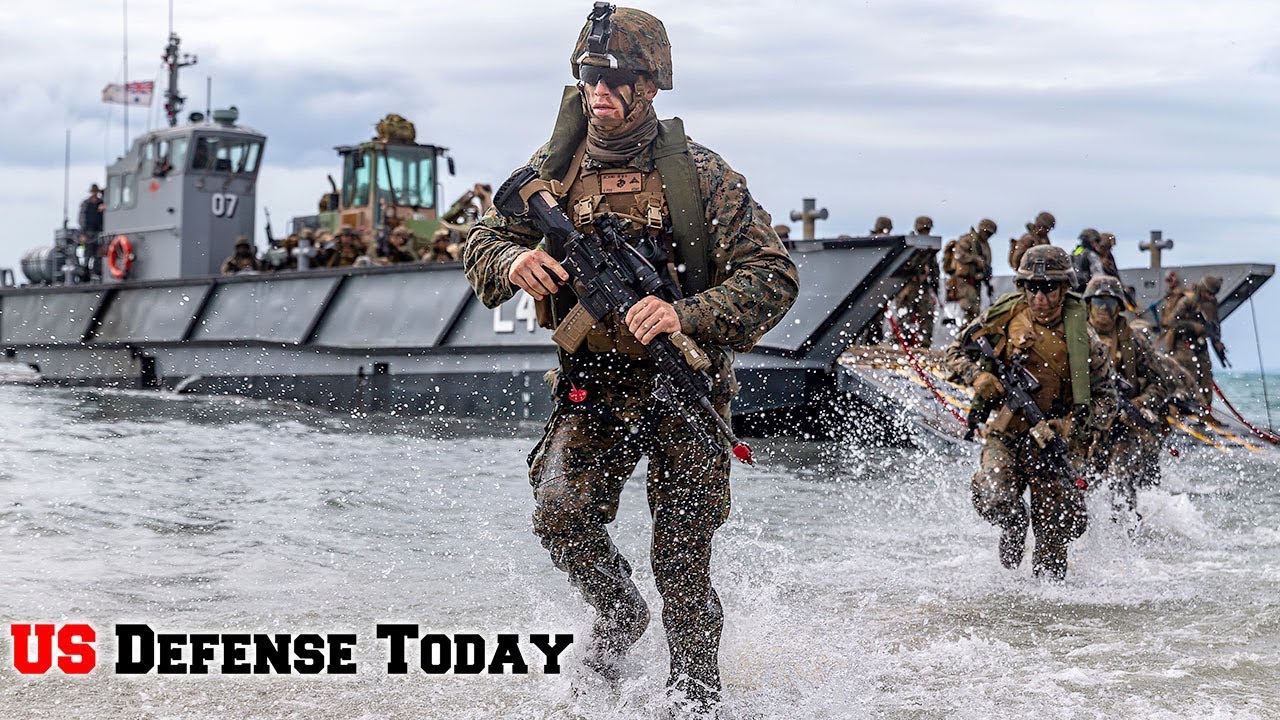 The United States Marine Corps (USMC), or known as 'Devil Dogs,' is one of the six (6) service branches of the United States Armed Forces. It supplies land, sea-based, and air-ground combat support with the use of amphibious and expeditionary forces. Since 1834, the USMC has been an essential part of the U.S. Navy. It supports them with specialized army operations both at sea and on land. The service branch, established on November 10, 1775, uses eagle, globe, and anchor as its insignias. Their motto 'Semper Fidelis' means 'Always Faithful' or 'Always Loyal.' These Devil Dogs added responsibility is to guard classified documents in the U.S. Embassy buildings around the world. Members of this service branch are known as Marines, while their Special Operations Command unit members are known as Raiders. To become a member of this elite Corps, one has to be at least 28 years of age with an ASVAB score of at least 74 which is a great deal higher than the other service branch.

To stress a claim that one United States Armed Forces service branch is better than the other does not serve any purpose or value. The U.S. Army and Marine Corps may have different overall missions, but their primary purpose is all the same. It is to protect the United States and all its territories. The country's jurisdiction does not only involve an area of land. There is also the sea to defend, which means that both branches play a vital role in the U.S. national defense. Weighing down which one is better is a purposeless feat.