Since almost the beginning of humanity, when it has been thought about combat, there has been the need for a part of the forces that were involved in these, to be able to facilitate the work for the attack and at the same time for the defense, it is like this that since those remote times a figure has been present in the combat bodies that are dedicated to engineering work in combat.

The US Army has not been the exception and since 1802 they have had responsibilities as Combat Engineers, that group had the responsibility of founding the US Military Academy at West Point.

During the 19th century, 12B was in charge of the construction of coastal forts, canals and roads, minimizing the dangers for the navigation forces, designing and building plans of the western borders, and achieving the construction of buildings and monuments in the capital of the Nation.

In the 20th century, the 12B Combat Engineer became the fundamental control organism to fight floods, and became a key piece in all the activities that had to do with civil works, providing hydroelectric energy, constructing areas of recreation in all the country, and standing out in confronting the consequences caused by natural disasters. 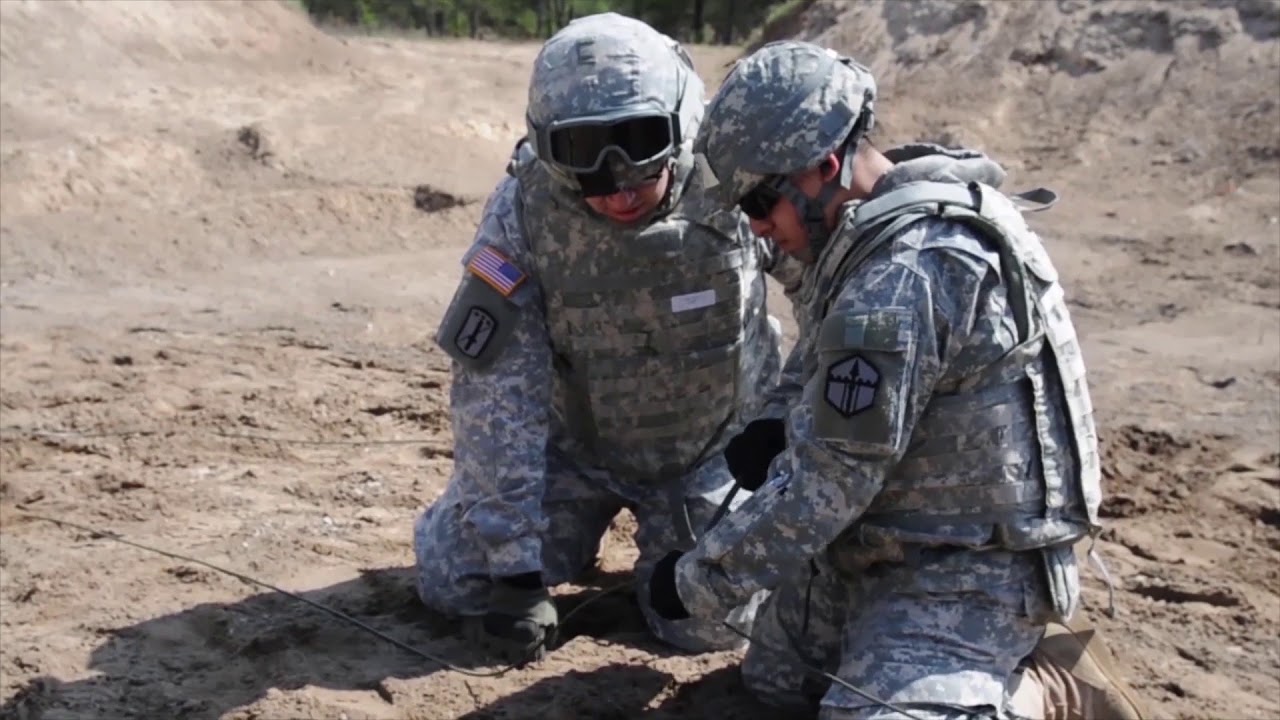 Combat engineers have the task of accessing difficult terrain in times of combat. They must have sufficient experience in mobility, counter-mobility and survival in any situation they are presented with, they have the capacity to build the defenses that provide protection to the troops, and eliminate obstacles that impede the movement of combat troops.

They carry out maneuvers to help the Infantry to keep moving, executing the opening of roads, eliminating possible minefields, anti-tank ditches, roadblocks, removing felled trees from the road.

They counteract the mobility of enemy bodies by designing and placing obstacles in the path of enemy forces, blowing up bridges and destroying explosive pillars, digging using explosives and heavy machinery to help protect the troops.

The 12B Combat Engineer is present if water crossing is required, can quickly build and assemble bridges for troops and vehicles to pass through, build and repair roads and airfields.

Facts about the Combat Engineers

Combat Engineers provide all types of vital engineering services in both peace and war by strengthening the nation's security, helping to activate the economy and reducing potential disaster risks.