It is also used by the US Navy at the Naval Pilots' School in Maryland, and by pilots of other nationalities who through NATO conduct training programs in conjunction with the US Air Force,

In the mid-50s, the need for a supersonic aircraft for military training was determined and the Air Force made this requirement thinking of replacing the T33, so the Northrop Grumman aerospace corporation received the order to present three prototypes of the aircraft, the first being the YT38. 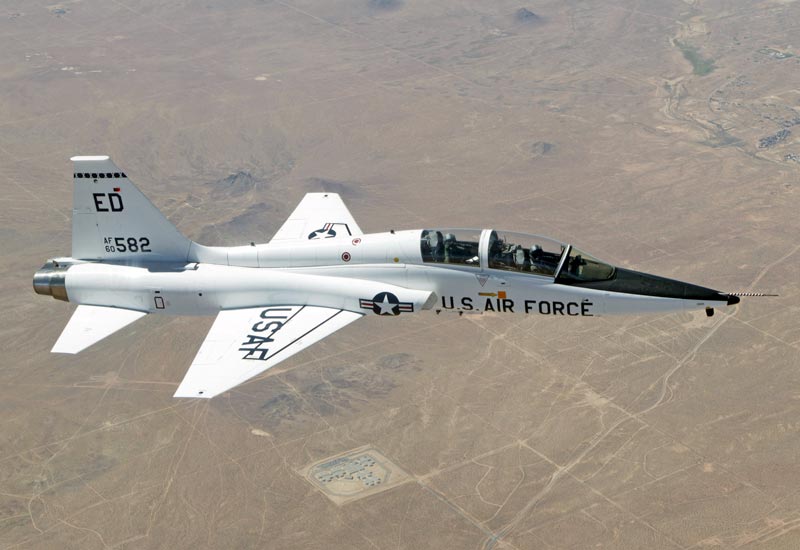 The configuration of this supersonic has a small wing and a long rope, with only a vertical stabilizer, and with a tricycle landing gear, it incorporates air intakes that go to its two turbojet engines, the peculiarities of agility that presents this model of aircraft made it worthy of the nickname white rocket.

Characteristics of the T-38 Trainer

Facts about the T-38

The T-38 has served to teach techniques to high supersonic speeds, acrobatics, and training in night flight by instrumentation and navigation to novice pilots in the United States, and even in 2020 the T-38 still remains in service, with more than 50 years in operation and its replacement planned for 2023.