The Boeing C 17 Globemaster is a military aircraft of the US Air Force, designed for military transport, with capacity to transport trucks with a weight of 45 t, M1A1, M2 and M3 tanks, 155 mm caliber self-propelled artillery vehicles, and up to three AH-64 Apache attack helicopters, for 18 463L cargo containers.

The beginnings of its development date back to 1972, when the US Air Force made the decision to seek a replacement for the C-130 Hercules. They were looking for a medium transport aircraft with STOL capability, Boeing made the attempt with the YC-14, and the McDonnell Douglas with the YC-15.

It is at the beginning of the 80s, that the Air Force decides to request a construction of ships of the type C-X, choosing a design presented by the McDonnell Douglas and since then it would receive the name of C 17 Globemaster in the presented project had the nomenclature C-17A Globemaster III, this airplane was acquired in August of the 81, had the sharp wings, motors of great power and a greater size, and it is in year 1995 when its production on great scale settles down.

Technical Characteristics of the C-17 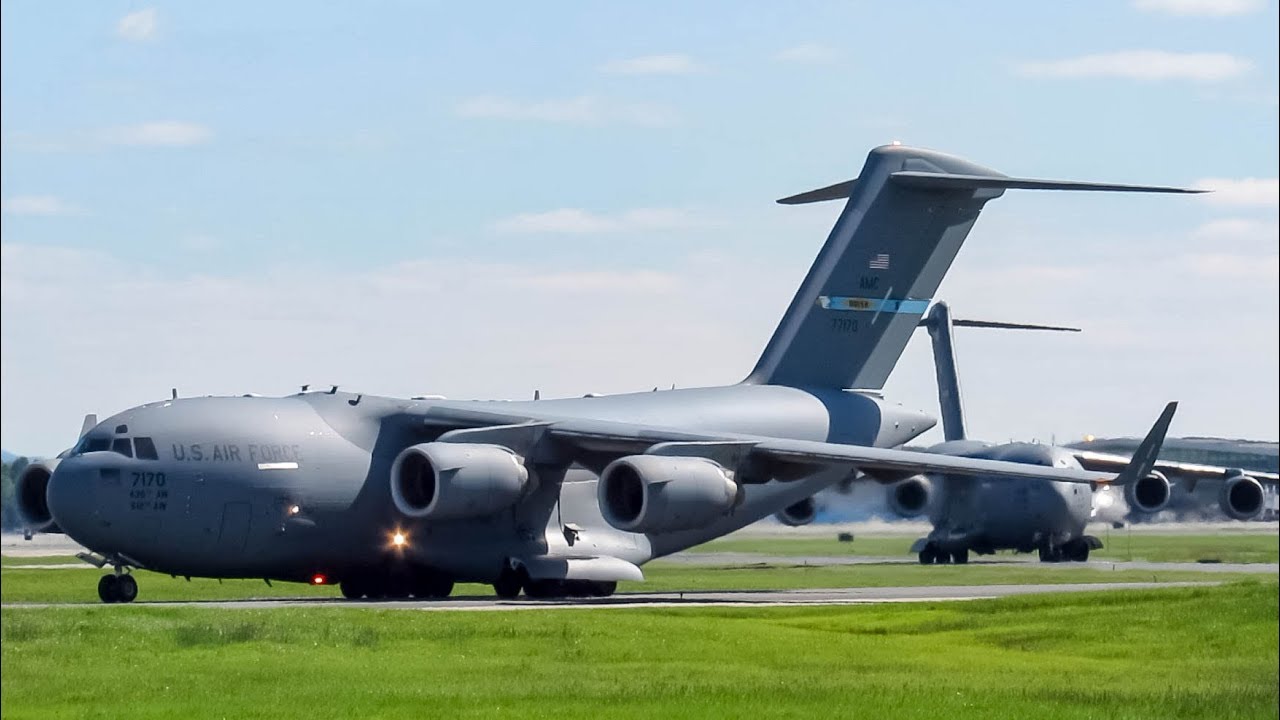 This majestic aircraft can land and take off even on unpaved runways, with an armor on the bottom of the fuselage that provides protection against small arms, allowing it to fly at low altitudes without danger, in military air transport the C-17 is so far the King.