Each of the Thin Line colors is designed to represent and honor one of the many service-based careers. Two service groups for whom the Thin Line was developed are Emergency Responders and Military Armed Forces personnel. 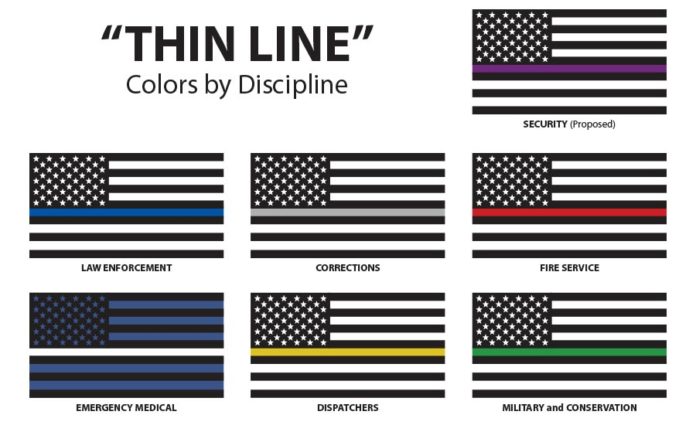 What are the types of Thinline?