Did you know that Air Force officers and NCO’s are often chided for not giving out enough awards? It’s true. And when it happens there is a flurry of activity of officers directing NCO’s to get awards submitted for their people. The unfortunate sergeants are left scratching their collective shaved heads trying to fill a quota, even though most of their subordinates did nothing award-worthy. It’s not that they are bad troops, it’s just that most of military life is business as usual. Just think about your normal work week in the military. Isn’t most of it just mundane time to make the donuts kind of stuff?  How often in a given year do you do something that’s truly above and beyond? The truth is that the military is filled with average people who don’t do things very often that merit an award and NCO’s are left with trying to find reasons to hand out awards. And then they have an ensuing battle with AFPC with rejected awards because they weren’t worded right.

The bigger question is why the push from above to give out more awards? Well the main reason is due to low morale. Leadership knows that morale is low and they are constantly scrambling for ways to improve it. Someone convinced them that giving people awards would help improve morale. And it is true that awards can have a positive impact on morale, but only if they are given for valid reasons. Even then, the effect is only temporary, and awards given out by quota often have a negative impact on the recipients. Let’s face it, how many people got the Global War on Terrorism and Nuclear Deterrence medals? I couldn’t even tell you which ones they are on my rack. Too many awards for quotas dilutes the value and impact of the valid ones.

And as long as we are talking about it, the same thing has happened with challenge coins. Back in the day, like 30 years ago, most people didn’t even have one, and those who did only had one or two. They were given out as something special and treasured by the recipient. Fast forward to modern day and you will find brand new enlistees being given coins just for raising their right hands. Come on people! In six weeks they may be out of the service because they couldn’t handle Basic. And when you go into offices and see people with 50 or more coins on display it tells you a little about what coins have become. Diluted. I have a bag of coins in a box and the one I got for really doing something is there with the others because I didn’t respect the person who gave it to me. He knew nothing about what I did and just gave it to me because it was expected.

But a few years ago I was in a production meeting and saw a challenge coin used correctly. We had an IG team in doing an inspection and one of the Master Sergeants on the team came in, towing one of our young airman with him, and asked to interrupt the meeting. The Commander agreed and the inspector proceeded to outline the positive actions of this airman that he had observed. I won’t go into all the details but what this young airman had done was truly award-worthy. He then proceeded to coin the young airman and told all assembled how proud we should be of him. And we truly were proud of him, although I think the kid couldn’t get out of there fast enough. 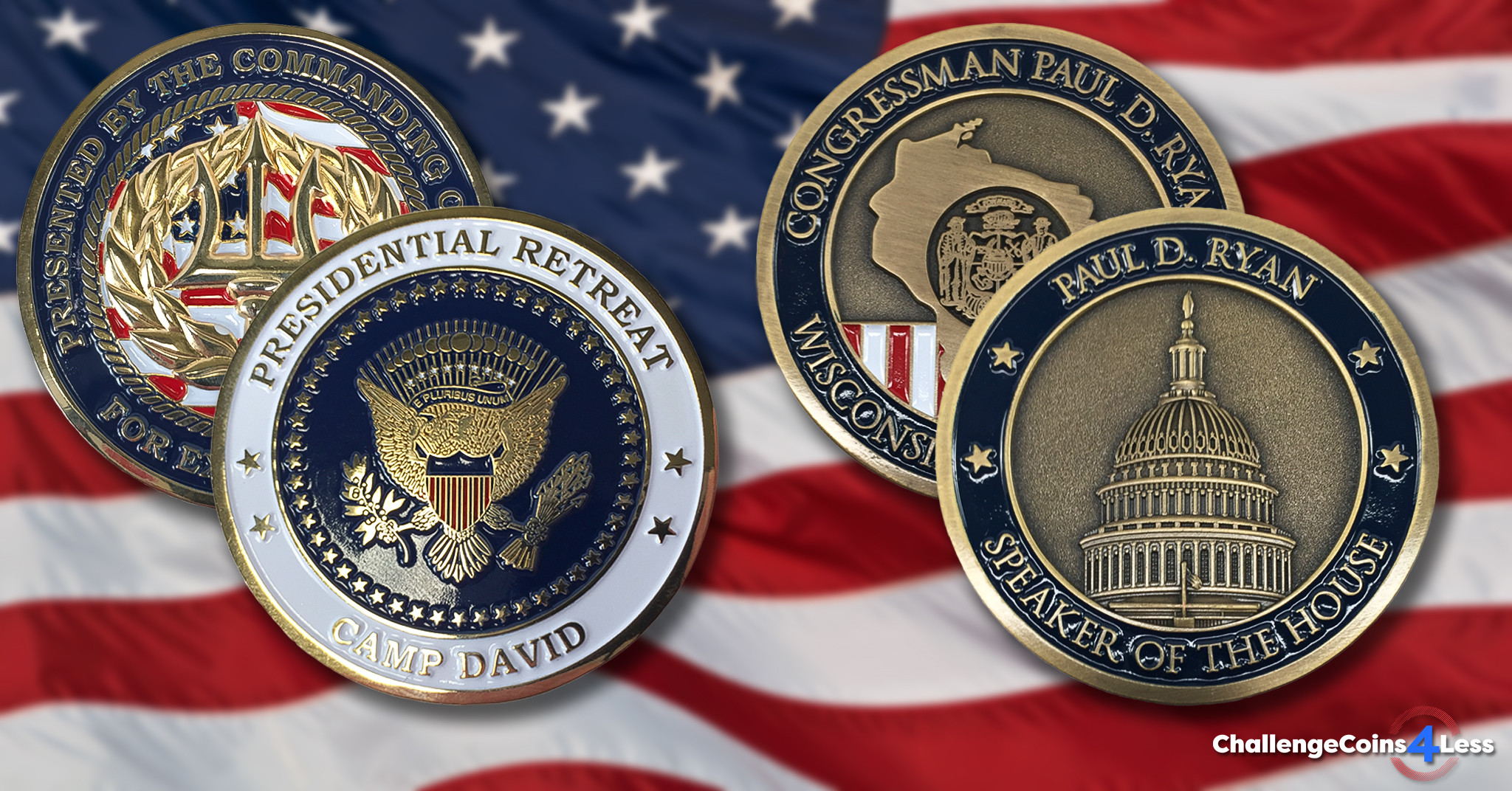 Here’s the deal. You can change the award dilution issue and turn it back into something positive again. And it doesn’t have to come from a Chief or a Colonel. If you are an E-5 you can coin someone, just make sure it’s for something real. The awards that mean the most to me were from people who really knew what I did. That’s the key.

Plus there are great stories behind what people are doing and we would like to share them. So what we are proposing is this. Go to the “Give A Coin” section on our website and there you will find a form where you explain who the person is and why you want to coin them.  We send you the coin and ask that you send us a pic or vid of you giving the coin. Then we will post it with a short description of why the person was coined. And let’s be honest, most of our troops would love to have their story told on social media.

We have an opportunity to positively impact morale, give real meaning back to coins, and tell the world about the amazing things our Soldiers, Sailors, Airmen, and Marines are doing.