Overtime communicating with people has expanded in different ways and methods. We used to communicate through a landline. Someone in the house would pick up most likely and it was incredibly embarrassing and privacy-invading. Then technology expanded and we were able to call through a cell phone. This made communication more efficient but still, time-consuming to call every time you needed to talk to someone. Then came texting, which was the perfect way to quickly contact someone and if they were not available at the time they would read it and get back to you eventually. So much easier than replying to a voicemail. Finally, technology evolved so much that words were not even needed, instead of little pictures called emojis. Which is where the shrug emoji originated.

Originally the shrug emoticon consisted of different keyboard characters to create a person to look like they were shrugging. This included some slashes, underscores, parentheses, and other different characters for this confused emoji recipe. This was to make a random figure look like they were shrugging. This was used for conversations where they were confused or conversations to respond basically with "I don't care" or "What are you gonna do?". The shrug emoji could be used in multiple meanings for text conversations. The shoulder shrug emoji became really popular due to Kanye West shrugging Taylor Swift during his interruption of the two thousand and ten video music awards. This was obviously used rudely and obnoxiously and became very popular after.

Over time the formula for the shrug emoticon with all the different characters put together became outdated. It was too time-consuming to create that all the time just to be sarcastic, rude, or to tell you had no idea what was happening. Nobody wanted to copy and paste that every time they wanted to use it either. In society, we live in people who want easy access and quick responses, so this way of the shrug emoji fizzled out slowly. This then formed the shrug emoticon of an actual cartoon person! 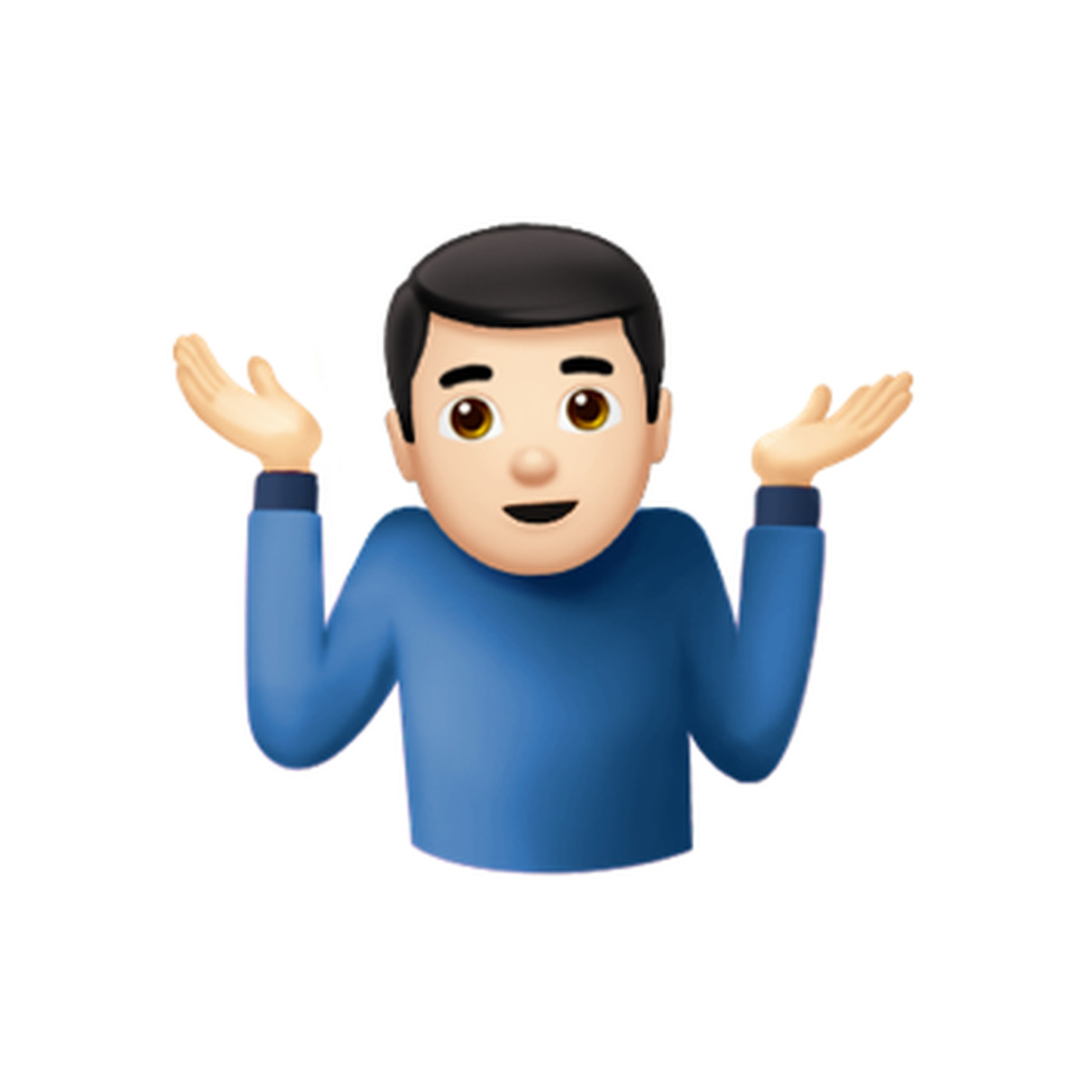 The shrug emoticon is a very popular emoji and comes in so many different ways, which was a huge step up from the generic old version. This version was easier to access and more appealing to the user. In fact, this emoticon came with the iPhone or in different forms on the android as well. This emoticon was built into your keyboard along with many others, for easy and simple use at any point in a conversation. In fact, the shrug emoji can be seen as a typo when using words affiliated with what the shrug emoji means. This emoji then developed into different versions of itself. This included a range of different skin tones for your preference. Along with a male and female version of the shrug emoji. The shrug emoticon has evolved so much overtime. It really has made a reputation in the emoticon community. I wonder what it will have in store for everyone in the upcoming years!