Two of the best fighter planes produced by the US during World War II was the P-47 Thunderbolt and the P-51 Mustang. Both fighters were highly capable, fast, and could engage with the best enemy fighter planes of Germany and Japan. However, there were many differences between the two aircraft which makes the P-47 Thunderbolt Vs P-51 Mustang comparison even more fascinating.

Such a head-to-head matchup almost happened since the Germans captured several P-47s and P-51s which crashed in territory they occupied. They managed to repair some of the planes and flew them against American and British forces. However, there is no recorded dogfight between such aircraft.

But we do know the capabilities of both, so it should be easy enough to determine who is the favorite assuming both pilots are equally skilled, and the contest is initiated at the same level of flight. 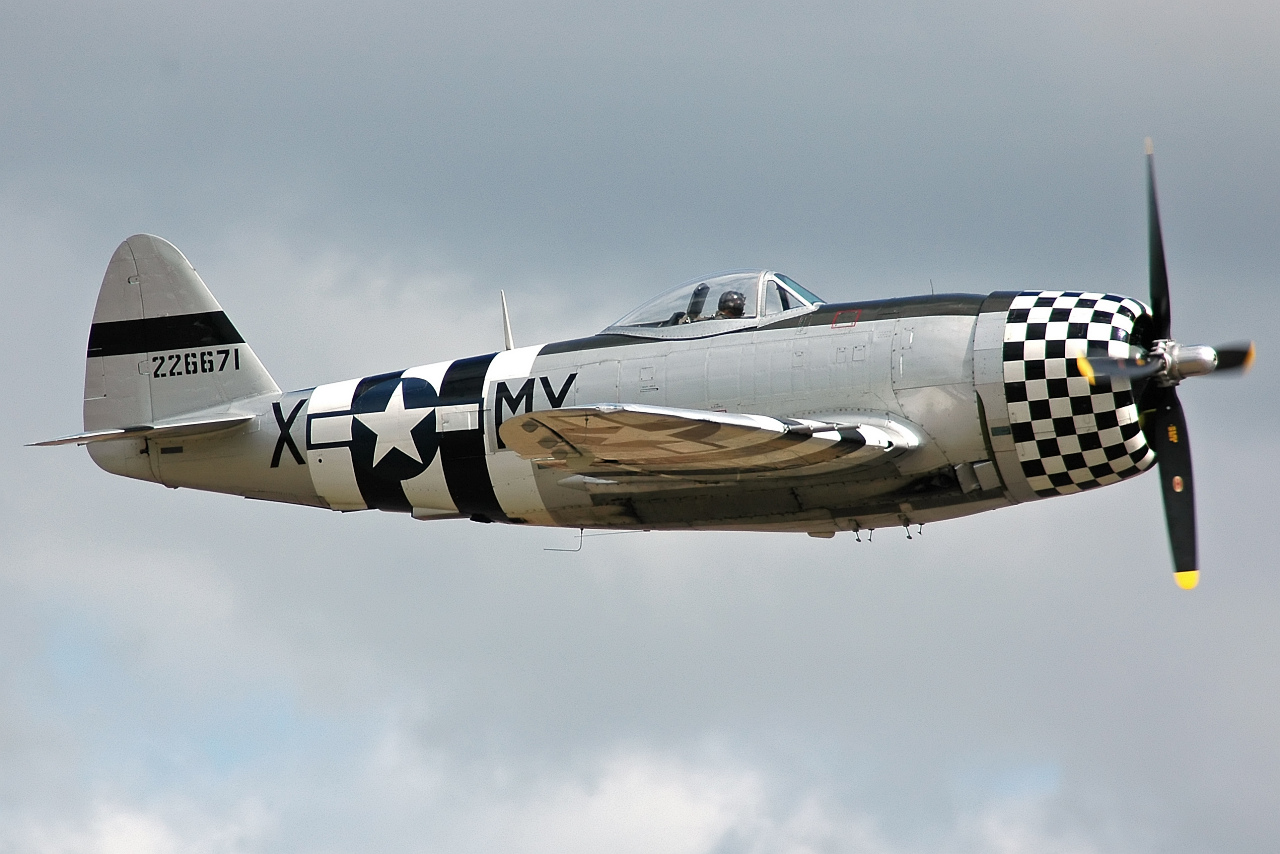 Known affectionately as “The Jug” because of its large shape, the Thunderbolt was well-known for being a rugged fighter. It could take considerable damage to both the fuselage and its air-cooled engine and still make it back to base. The plane itself is credited with shooting down over 3,700 fighters during World War II.

Its weaknesses were relatively few. It was not as fast or as maneuverable compared to the Mustang. Instead, it was built to take punishment and then dish it out with its weapons.

The Mustang was most noted for its long range. When equipped with drop tanks, it could escort bombers deep into Germany, engage with the enemy, and fly back to their home bases. The Mustang recorded 4,950 kills just in Europe alone and was capable enough to fly missions during the Korean War primarily as a ground attack aircraft.

Who Wins the Dogfight?

Although it may appear that the Mustang is a shoo-in to win, the truth is that the Thunderbolt has a huge advantage. This is because the Mustang is armed with machineguns less capable than the 20mm and 30mm cannons used by German fighters which failed to bring many Thunderbolts down.

In the end, the P-47 Thunderbolt Vs P-51 Mustang matchup heavily favors the Thunderbolt in terms of head to head dogfighting abilities. But the Mustang was faster and managed to make it to the next war thanks to its capabilities. The best plane therefore depends on its use during missions and both were certainly the best at what they were required to do.