The MH-53 is a helicopter manufactured for US Military by the American company Sikorsky Aircraft Corporation. They are improved versions according to the military component. The MH-53 Pave Low is the enhanced version of the Sikorsky HH-53 "Super Jolly Green Giant." built to perform search and rescue operations in long-range combat. The MH-53E Sea Dragon is an improved version of the CH-53 Sea Stallion, created to perform heavy-lift transport and long-range search, locate, and sweep missions for the United States Navy. 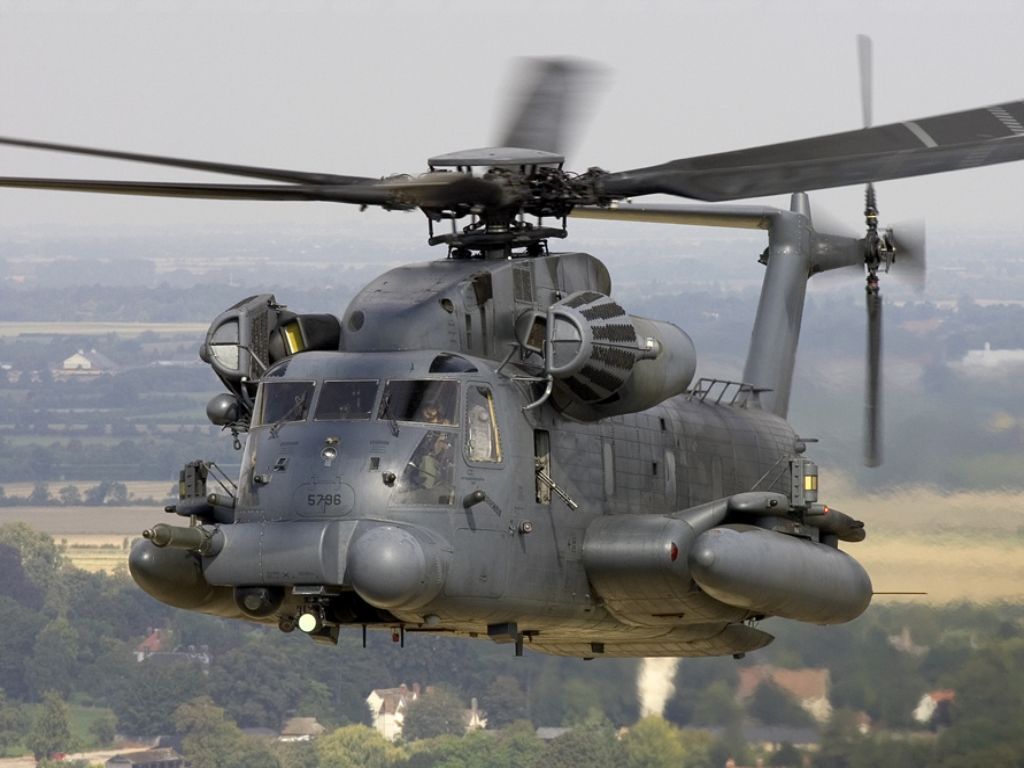 These US Military Helicopters are equipped with two T64-GE-100 turboshaft aircraft engines, each of which is capable of providing a power close to 4330 hp, which gives it a high capacity to transport payload, as well as considerable flight speed, impressive for this type of aircraft. They can reach 315 km \h, cover a maximum flight distance of about 1100 km, fly at a maximum height of 4900 m, and can transport about 55 individuals.

The Sikorsky MH-53 Pave Low model helicopter, as a rule, and by design, cannot be used in the conduct of an open battle due to the weak weapons equipment; however, in extreme cases, it could provide cover fire from the air.

This spectacular aircraft, despite its large size, has a high maneuverability and acceleration capacity, similar to modern aircraft of this type, this being one of the causes of its long life as a machine.

The MH-53 Pave Low can be refueled in the air, which extends its operational capacity and functionality. It can serve as an airborne vehicle, carrying about 5.5 tons of payload, which is also actively used in U.S. Air Force operations.

The MH-53E Sea Dragon is an aircraft created to carry out heavy cargo and long-range search, location, and mine sweeping missions, as required by the United States Navy.

They are often referred to as Hurricane Maker due to the whirlwinds generated by the helicopter.

Their name Sea Dragon is due to their mine-sweeping role. It is equipped with the most giant floats, which increase fuel storage capacity, giving it a more excellent flight range. Besides, it can be refueled in flight (either in horizontal or stationary flight), and be equipped internally with fuel tanks, of about 300 U.S. gallons, for special cases.

It is equipped with a digital control system that includes some features of the transport and operation in instrumental flight for ubicate underwater mines.