The M27 Rifle is a select 5.56 mm firearm designed and manufactured by the U.S. subsidiary of the German arms company Heckler & Koch, and it is in December 2009 that a weapon called H&K won a competition for weapons requirements of a U.S. Marine Corps infantry program from July 2015, was tested for five months, and it is in the summer of 2010, which is designated with the formal name of M27 Automatic Infantry Rifle. 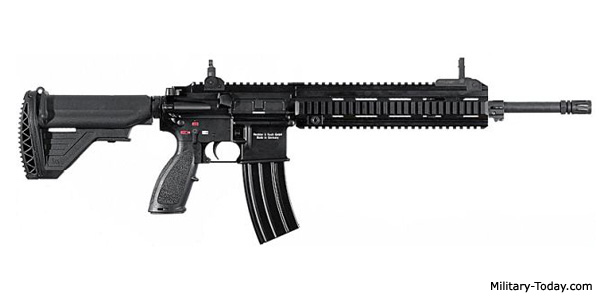 It is fed by loaders and its structure is based on the HK416 rifle designed and manufactured by the same company, this weapon is used by the United States Marine Corps and its function is to optimize the maneuverability of an automatic rifleman, initially it was planned to acquire 6,500 M27 in order to replace the M249 light machine guns, these were used by automatic riflemen, who stood out in the Light Armored Reconnaissance Battalions and Infantry.

During the summer of 2013, 6,500 M27 Rifle units were completed at a cost of $13 million, and each M27 gunner was equipped with 22 30 round magazines that are currently used in the M16 and M4 carbines, thus increasing the accuracy of the M27 as a significant factor in the decision to replace the M249.

The M27 Rifle has a short stroke piston action, which is gas operated, by means of a swivel pin and a free floating barrel, with the MIL-STD 1913 four-rail Picatinny Handguard, which can be used with accessories and optics, the simplest gas piston system optimizes the time needed to solve rifle failures.

This rifle draws its ammunition from a standard 30 round STANAG magazine, enhanced with an anti-tilt follower that can be easily inserted and can be operated at high rates of fire in automatic, decreasing the risk of malfunction, - -

This rifle originally had a Grip Pod, a front grip with bi pod legs inside, but it was replaced by a separate front and bi pod grip. 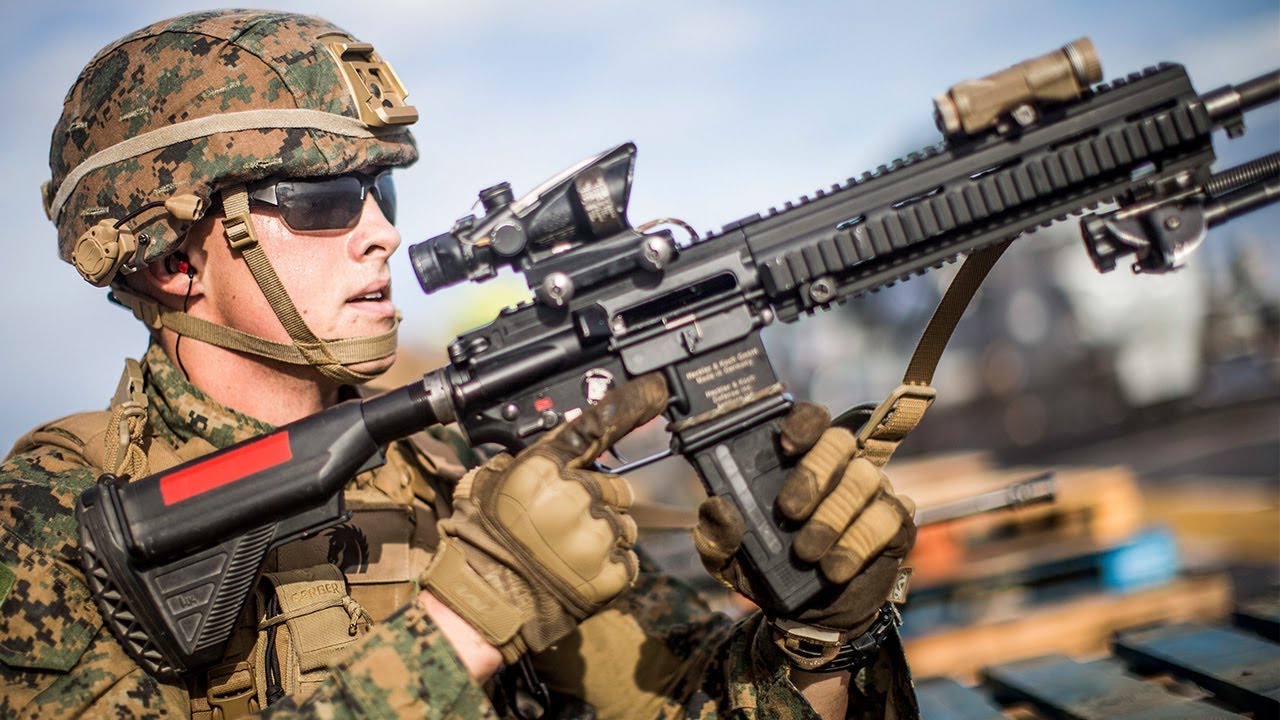 This weapon is preferred by troop personnel for its outstanding ease that allows them greater mobility and speed in their actions, while retaining the capabilities of Marines to destroy immediate targets.

It can be shot from the shoulder and is incredibly accurate when its shooter masters the discipline of marksmanship, making it a dangerous duo.