The Hughes OH-6 Cayuse helicopter named Loach Helicopter also known as Model 369 is a lightweight, four-bladed turboshaft aircraft used by the US Military to transport personnel, serve as escorts, participate in attack missions, and in observation missions.

This helicopter was designed and manufactured by the company Hughes Tool CO, to meet the requirements of the American Army for a light aircraft with observation characteristics to replace the Cessna L-19, the Bell, and the Hiller. Among the aspects required, this aircraft should have turbo-shaft engine propulsion, cruising speed of 200 km/h, stationary flight capacity at 1830 m of altitude without ground effect, and with the autonomy of three hours for observation missions. 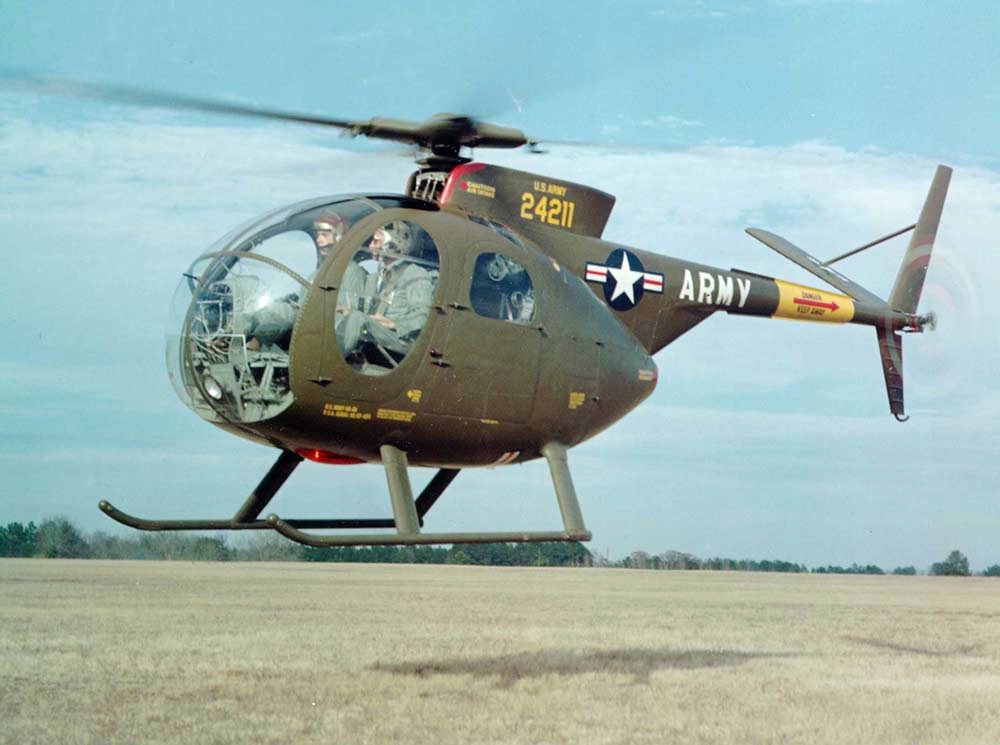 This company was selected for the model presented in May 1965, due to the high performance that made the Loach Helicopter different from the apparatus presented by the competing companies.

Among the outstanding advantages of the OH-6, it offered an orientation to the maneuverability and low resistance, which was a guarantee of greater speed and low fuel consumption, a hinged rotor with four blades, which were joined to the head by means of swing joints,

The OH-6 had a manual control system, where hydraulic assistance was not required, and without a system to increase stability, being the smallest rotor, the tail beam could be shorter and lighter, which allowed it to fly in spaces at ground level, it also presented a considerable reduction in resistance in its fuselage, the ship was a few hundred kilos lighter than the empty weight that the U.S. Army demanded in the requirements.

Finally, after more than 5,000 flight hours with its competitors, the OH-6A won the requirement made by the Army and in May 1965 it was declared the helicopter of choice, and 714 aircraft of this type were ordered.

Technical Characteristics of the Loach Helicopter

Facts about the Loach Helicopter

These records achieved by this aircraft remain in force, this apparatus was called Cayuse, continuing the tradition that follows the US Military to place Indian names to their Helicopters.