What started out as a fun military patch might have accidentally been promoted to a self-boosting life philosophy and thus been extended far beyond the military branch it once originated from. In the most basic terms, the fun meter is a visual statement. It shows you and all those who get to see it just how much fun you're getting out of life. It's a colorful and on some cases, a shinny metallic tool that helps you gauge your happiness levels at any given time. As it is worn by soldiers in the military, the fun meter serves as a badge. It symbolizes a state a mind that has the potential to keep a whole company's morale at its highest levels. It's a self-deprecating upbeat confession that oddly becomes true once it's stated. It is normally something 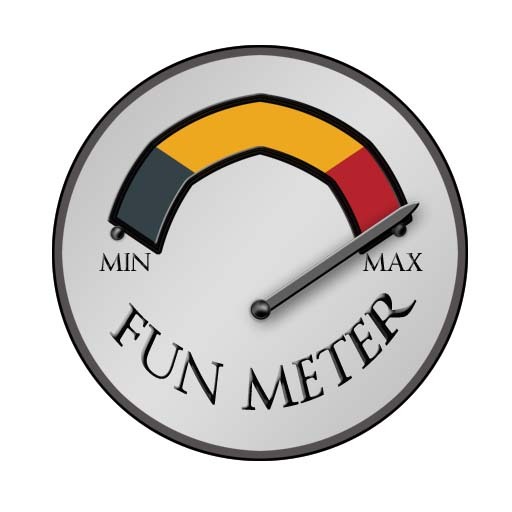 that's put on display so that others can see it, but mostly so that others may use it as source of inspiration. Fun meters are normally used for making light of situations such as the ones one might encounter in combat. In high stress situations, it can be further used as an ice breaker, as it's known for easing the tension and lightening the mood. It does so by using humor and levity. Though isn't time the first a military aid to be used for the better good in common society, as a few other acronyms might come to mind, it is far of the most popular. Its importance cannot be overstated. Its salute to joy is both genuine and instantly contagious. Think of when someone's laughter causes someone else to smile. The fun meter rides on that same principle: if one of us is having fun, then the rest of us ought to have be having fun too. All it takes is a single person's atittude affect the rest

In the group. This is of course, a double-edged sword. Apathy can be just as infectious as natural joy and one's state of sadness can be enough to affect the whole team's morale.

This of course is where the GAF meter comes in. The Give a Fuck (GAF) meter, whether be on high or low is in a lot of ways even more powerful than the regular fun meter. It's a more constant, way less fluctuating alternative to the fun meter. It deals with moral codes rather than emotional values. Most importantly, it lets others knows exactly how many fucks you give in an exact situation. Depending on whether or not you've done a good job, your team leader might even be tempted to hand you in a free GAF meter. Owning a GAF meter literally shows others how much you care as it symbolizes your attitude towards life in general or a contextual situation in particular. Owning both a fun meter and a GAF meter, well that would just mean that you're going with the flow of things: you're an accepting and a kind individual, likely to cheer others by simply being there. To anyone out there who manages to do that, congratulations, you're a fun meter.