As a consequence of the experiences lived in the Second World War, the need for military bodies that had the capacity to eliminate bombs originated, the U.S. Armed Forces lacked equipment and personnel prepared for these dangerous activities.

At first there were proposals for a body of this type to have a civilian function, so in 1941, the Civil Defense established a Chemical Warfare School in Maryland, for these activities requested the assistance of the American Artillery, was commissioned to MAJ Thomas J. Kane to provide the necessary support to the program, this reason makes this MAJ Kane is seen as the father in the elimination of bombs in the U.S. Army, the EOD.

After the attack on Pearl Harbor, the Chief of Artillery informed the Assistant General that civilian personnel were unsuitable for such training. The details of bomb disposal are extremely dangerous, and require skill, discipline and caution, stating that this is a job for professionals only, so Civil Defense was relieved of these responsibilities, passing them on to the Department of Artillery.

In 1942, this Department formed a bomb disposal corps that was established in Aberdeen, this was commanded by LTC Kane, who along with another officer moved to England together to initiate a bomb disposal training plan.

Specialized equipment and a set of tools designed in England were transferred to the United States, bomb disposal instruction continued in 1942, and in May of that year, the 231st Bomb Disposal Company became the first unit of its kind in US Military history. 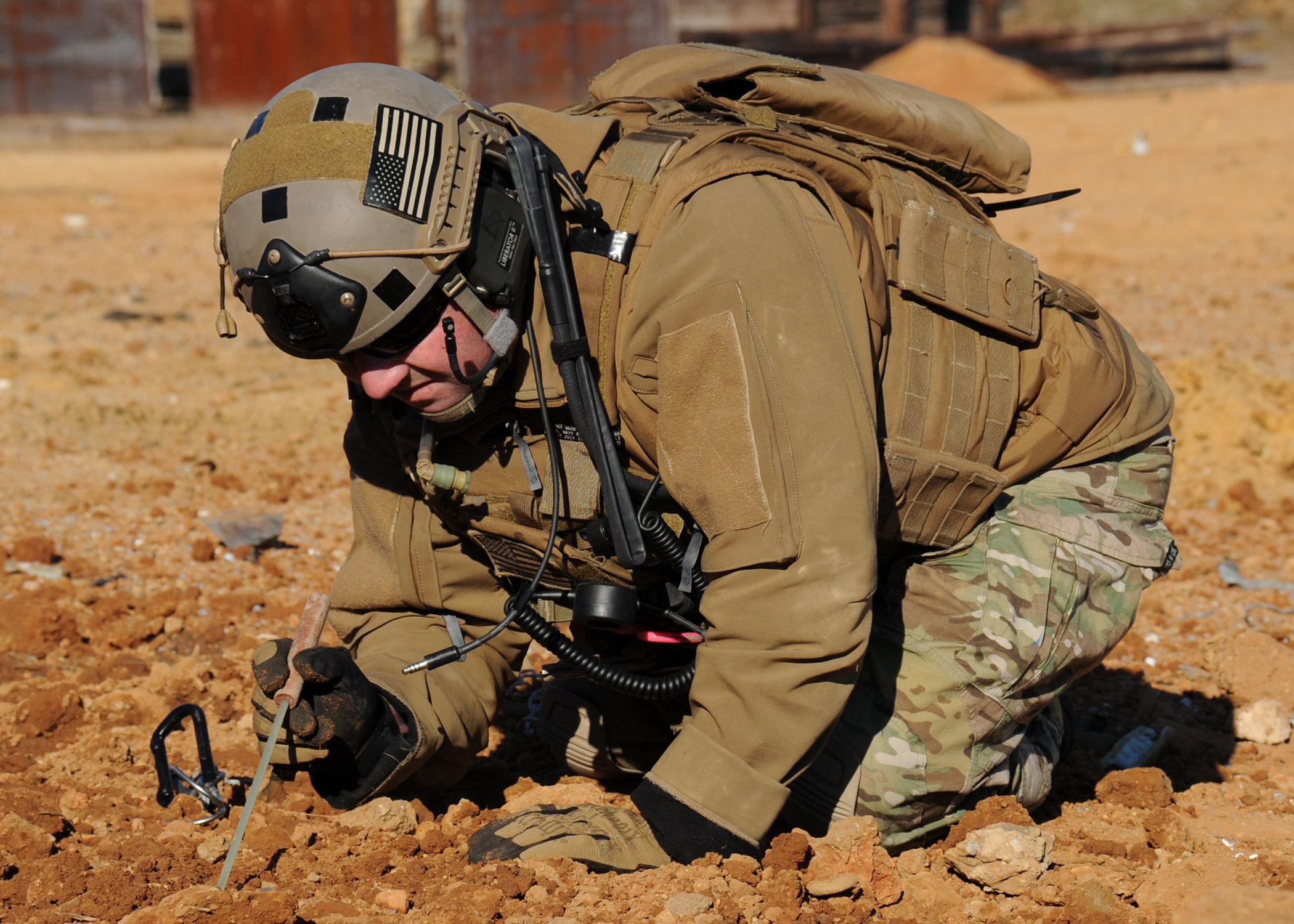 These instructions were multiplied throughout the American territory to prepare more personnel in this field, in that time the first unexploded recovery of a bomb was achieved, which occurred in Maryland.

In 1951, the responsibility for these EOD activities, and in 1955 the school in Aberdeen was closed.

EOD badges and their meaning

An EOD Crab, is known as the insignia of this service of the Armed Force, EOD Flag with EOD Crab are the symbols of this body, the EOD Flag has printed on its surface the figure of the EDO Crab that symbolizes the body of technicians in bomb disposal. 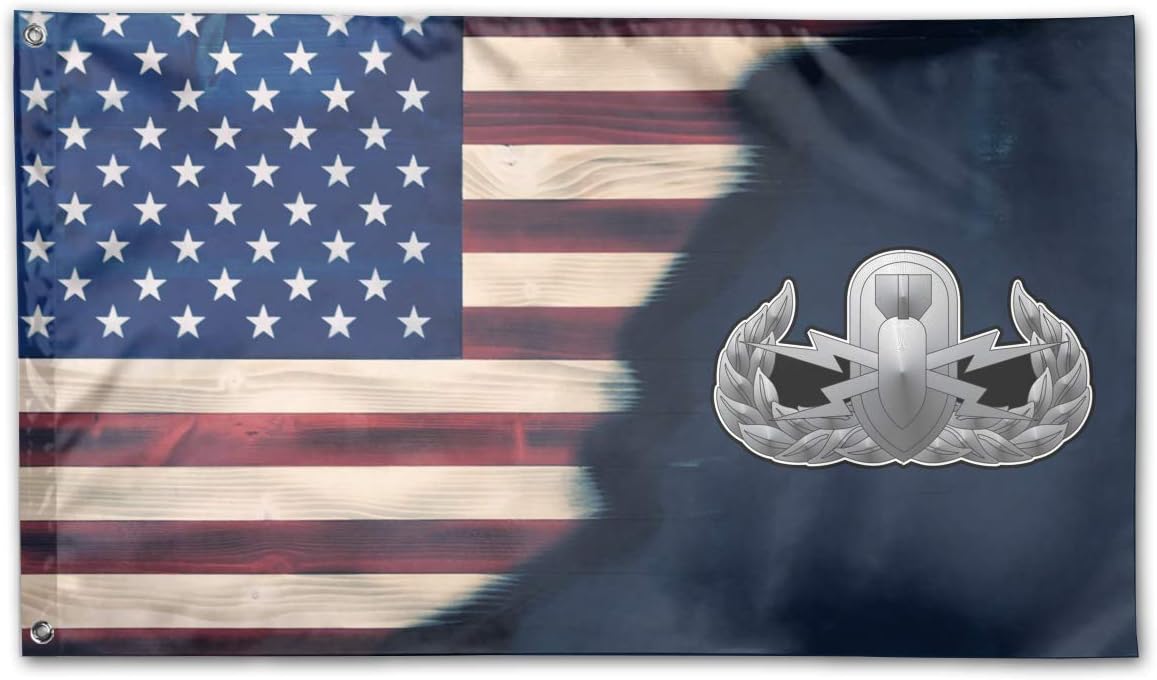 The EOD Crab badge is earned by successfully completing a 42-week course at the Naval Explosive Ordnance Disposal School at Eglin Air Force Base, Florida.

EOD Crab was created in the 50s, it is the same for all branches, and it is issued in three levels, basic, senior and master.

The Crown present at the EOD Crab and EOD Flag signifies the achievements and laurels that have been gained by minimizing accidents through ingenuity, devotion to duty on the part of members, and has been honoring the memory of EOD personnel who lost their lives on EOD duty.

The bomb that contains the insignia is similar to the bombs used during World War II, and represents the main target of the EOD attack, the three fins are the three main areas of nuclear interest, which are conventional, chemical and biological.

Lightning means the destructive power of the bomb and at the same time the courage and professionalism of the EOD technicians to reduce the danger and make them harmless and the shield refers to the mission of this body of technicians, to prevent detonations to protect the surrounding area.

Facts about the EOD