Everything You Ever Wanted to Know About Challenge Coins

Often in the halls of military history legend and fact become remarkably intertwined. Given that war is as old as humanity itself this can prove quite the challenge for students of history when attempting to trace the origins of military tradition. Sadly, the history of the challenge coin is no exception. Some would say it’s origins trace back to the Roman Centurion while others will claim the modern military challenge coin is a more recent affair. Then, somewhere in a local bar is a salty old veteran who swore he gave the first challenge coin to Chesty Puller himself. What is beyond dispute is that challenge coins remain a popular piece of military culture and that their utility spans all branches of service. So whether you are a civilian trying to glean some insight into military culture or a current member of the military who just wants to act like they know what all the coin stuff is about this article will be your guide. Grab a seat and a drink as we tackle everything you ever wanted to know about military challenge coins. 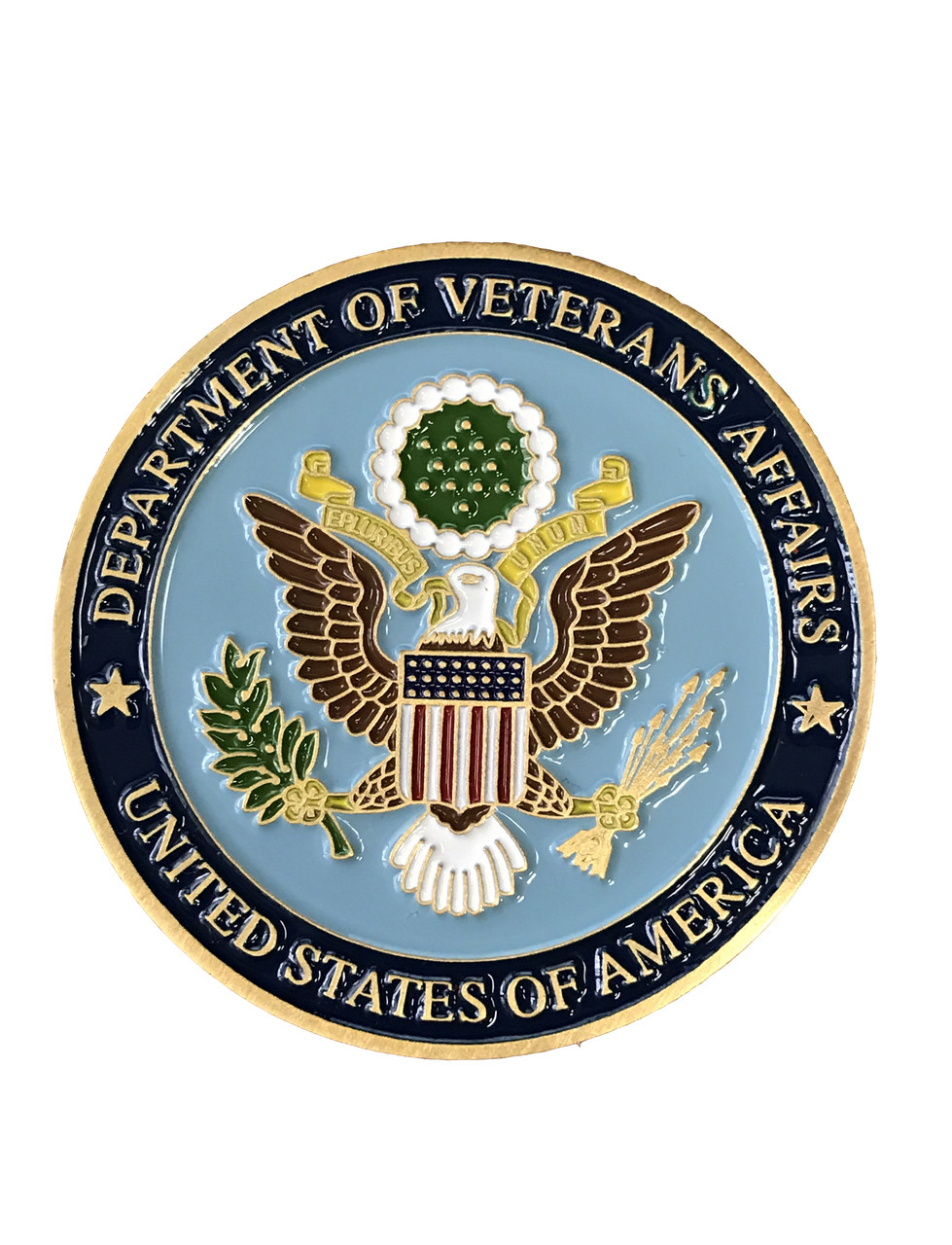 The Elusive History of the Military Challenge Coin

Coins are some of the world’s most ancient and commonly found historical artifacts. Often with the face and name of a historical leader struck upon the coin, they can be used to date a particular historical find. What is evident from such discoveries is that military history and coins have a common bond. After all, soldiers do like getting paid. One of the older accounts of the military challenge coin stems from Ancient Rome. It was common for soldiers to be rewarded for valor in combat with extra pay and it is believed that these coins were struck with the name and insignia of the particular unit. Rather than spend these coins, many Roman soldiers were thought to have kept them.

The problem with that origin story is that this is based on circumstantial evidence and there is not exactly a drunk Centurion in a bar that students of military history can go ask. That these coins had any sentimental value is simply a nuance lost to time and history. Soldiers have always fought for love of country, sense of duty and for their fellow warrior. They also really liked to get paid and coins were simply the currency of eras long gone. Fast forward a couple of thousand years and you come upon a story that has a more contemporary bearing on the modern challenge coin. However, it too is a combination of lore and rumor.

The Birth of the Modern Military Challenge Coin, Maybe?

Without a doubt one of the more popular origin stories of the challenge coin stems from World War 1. It was reported that a wealthy pilot wanted to gift the men in his unit with something special. As a result, he had special coins with the unit insignia minted and given to every member of the unit. Keeping his own medallion around his neck in a small pouch, little did he know that this act of kindness would wind up saving his life.

At some point during the war, his pilot found himself shot down over Europe and now a guest of the German Army. They removed all identifying paperwork from him but failed to take notice or interest in the coin around his neck. While in a detention facility, a British Air attack afforded the pilot the opportunity to escape where he donned civilian clothing and headed for friendly lines. It was then that he was discovered by two French soldiers who were unconvinced about his nationality. Without proper papers and in civilian clothing, they believed him to be a German and lore has it that they were set to execute the pilot.

Without any other method of identifying himself, he presented the challenge coin with his unit’s insignia. Recognizing the unit, the French held off on the execution until it could be verified. Once it was confirmed, the story goes that the pilot was given a bottle of wine and sent on his way. From there, the legend grew to where most pilots would keep a challenge coin on them just in case. Then again, that’s not the only origin story floating out there.

Step onto any modern Marine Corps establishment and you’ll quickly hear the terms “Grunt” and “POG.” Grunt refers to all infantry types and POG simply stands for Persons Other than Grunts. For many it’s good natured rivalry common in military circles, but for a local military bar in Vietnam they took it to another level. The story goes that a group of Army Infantrymen tried to keep non-infantry types out of the bar by forcing outsiders to pay for the drinks if they couldn’t prove they had been in combat.

While in Vietnam these POGs would have been referred to as REMFs, another fun acronym to look up, the premise was the same. Battle scars, enemy weapons and the like were used to prove one’s credentials until a coin was issued with the infantry unit’s insignia. A coin check was then offered to challenge the legitimacy of one’s grunt status. Hence the term “challenge coin” that has stuck around to this day. One can literally take their pick as to which origin story to believe, but make no mistake coins are here today and as popular as ever. So let’s take a closer look at the modern version of the military challenge coin.

Forget Your Coin and Buy the Drinks

In keeping with the Vietnam origin story, popular military culture suggest that if one is “challenged” for their unit coin while at the bar they must buy the drinks if they are unable to present it. While this style of challenge is certainly popular with older generations of veterans, the truth is that the strict adherence to this ritual is hit or miss with modern soldiers. The challenge coin has morphed from being less of a “challenge” and more of a personal collection of pride and achievement. Still though, lest some old timer throws down his coin a few days before payday it’s never a bad idea to have one on you.

Today, challenge coins are openly traded between active and prior military personnel. It’s common for one to amass a collection from various units with whom you had interaction and in some cases, a coin could be a commendation of hardwork and appreciation for individual merit. However, the challenge coin craze has expanded far beyond the military ranks as civilian personnel within government agencies and even Presidents have gotten in on the action. Presidents Clinton, Bush and Obama were all known to have their special challenge coins on hand to present to guest and foreign dignitaries at a moments notice. Former Defense Secretary Bob Gates was known to have a coin in the palm of his hand when offering a subtle handshake to troops he would encounter. Meanwhile, current Secretary of Defense James Mattis struck a more serious tone and suggested he’d spend his money on bullets for the lads rather than offer a coin.

A Military Challenge Coin for Every Season

So exactly how many different versions of military challenge coins exist out there? The answer is as many as the human imagination can create. The scale and variance of design of military challenge coins has exploded over the years. Official military unit coins can exist at multiple levels in the chain of command from the Division all the way down to the company level. However, customization is now at an all time high and one could develop a challenge coin just for your weekend drinking crew if you so choose.

The modern military coin features 3D imagery, artful cut out designs and graphics certainly not possible the day a World War 1 pilot supposedly used one to save his life. Some of the more elaborate designs can be used to mark service in a particular campaign or battle. If you want to examine some of the creative options available just check out the massive collection of military coins available for production at {insert proper web link.} The process to design a coin has become remarkably simple and available to the public.

The variance in design has made their collection somewhat of a hobby for some military personnel. It’s not uncommon to step into a barracks room or perhaps the nostalgic “war room” of a veteran’s suburban house and see racks of coins lined up for display. These collections often tell a story of one’s service and a story of which they are proud. Whether the origins of the tradition truly do hail from the fields of Ancient Rome or simply a good old fashioned Grunt v POG debate in Vietnam, military challenge coins are here to stay. While they may not be used to “buy the beers” as much as they were in generations past, its still a good recommendation not to walk into your local VFW without them.