When the smash hit R-rated blockbuster Deadpool hit theaters in 2016, film landscape was forever changed. People now knew R-rated films could, get this, make tons of money! Deadpool charmed people of all ages with his raunchy humor and fourth-wall breaking that was extremely self-referential. It ended up grossing over $780 million on a $50 million budget. After Deadpool, a lot of other movies wanted to dip into the rated-R pool, including Logan, Joker, and It, movies that could advertise openly and in multiple places rather than to a smaller crowd, as R-rated movies usually did.

The tagline for the marketing campaign was a little sentence that was in the trailer and was glossed over every poster. The little tagline was, “Wait till you get a load of me.” It was a clever double entendre as he also had his gun positioned in an evocative position. After his record-breaking theatrical run, it was obvious people couldn’t wait to get a load of Deadpool.

Deadpool isn’t the only character or person or thing that people couldn’t wait to get a load of. One of the most waited-for events in history was the US’s entrance into World War II. Before December of 1941, the United States was officially neutral in the largest-scale conflict the world had ever seen.

The United Kingdom under Winston Churchill was banking on the United States’ entrance into the war. As Churchill said in his famous speech, sometimes titled “On the Beaches,” he states that if the island of the Britain would fall, “then our Empire beyond the seas, armed and guarded by the British Fleet, would carry on the struggle, until, in God's good time, the New World, with all its power and might, steps forth to the rescue and the liberation of the old.” This is a reference to the United States, the New World. Europe was waiting for the New World, the United States, to enter the war and help them in the struggle. 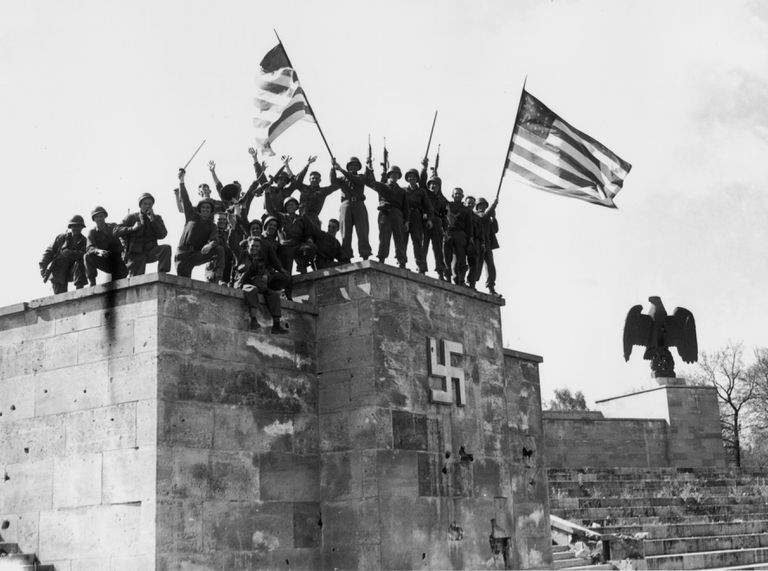 The US entered the struggle against the Axis powers on December 8, 1941, a day after Japan attacked the Pearl Harbor naval base in a surprise attack.

The entire world was waiting to “get a load of” the USA. Whether to help them, or to hurt them, the Axis and the Allied Powers were preparing for the day the US would enter the Second World War. As Deadpool is one of the highlights of current United States pop culture, it’s not coincidence that he echoes one of the great moments in United States history.