My Squad and I have been under heavy fire for days by the German forces. I am unsure exactly what is happening anymore We have tried to take their trench twice now each time resulted in significant losses. I heard not too long ago that if we win this battle the Germans are all but sure to lose the war! It seems hard to believe given that we had only been over here for a year so far. Those British guys had seen a few more years of this hell than we did, I am just glad that it’s almost over, never thought I would miss a hot Tennessee summer but being this far from home sure does make me feel that way. The bullets and the bombs finally seemed to stop today. My Squad leader was saying that we should keep low for a little while, the last guy who stuck his head up still nearly got it shot off. They must run out of ammo, sometime right. Me and Chambers have spent the time playing cards down here although somehow, I keep losing; it is keeping my morale higher than it has any sense being. rainfall last night made the whole trench a puddle of mud. I hope this ends soon I hate being in this hole.

Last night the Germans tried to take our trench. At around 3 am the lookout started screaming for everyone to get up they were making a full-frontal charge at our trench. I have never gotten to my feet faster in my life before I knew what I was doing I was half-awake loading my rifle and firing at the German soldiers. Bullets flew on both sides of the field in the nighttime all you could really see was the lights of the muzzles of the guns as they fired off, we were shooting shots in the dark and hoping for the best.  I am not even sure if I managed to get any of them that’s how dark it was, the terrifying thing wasn’t the muzzle flashes or the explosions going off it was the battle cry of the German soldiers as they got closer and closer to our front line. At some point, it was so loud I swore they were right on top of me and I began to say my prayers convinced they had won and were going to take our trench. That never happened. Our squad leader was possessed with an undying will. He screamed louder than the gunfire, the bombs, and the Soldiers running at us. “This is our moment men! These bastards think they can just run over here and take our Trench. Well come and take it.” Something about the way he said it just gave me courage again and before I knew it all my thoughts on despair were gone and I was back at my rifle fighting for my life. We had won and with them losing that wave we were able to progress to the next Trench. 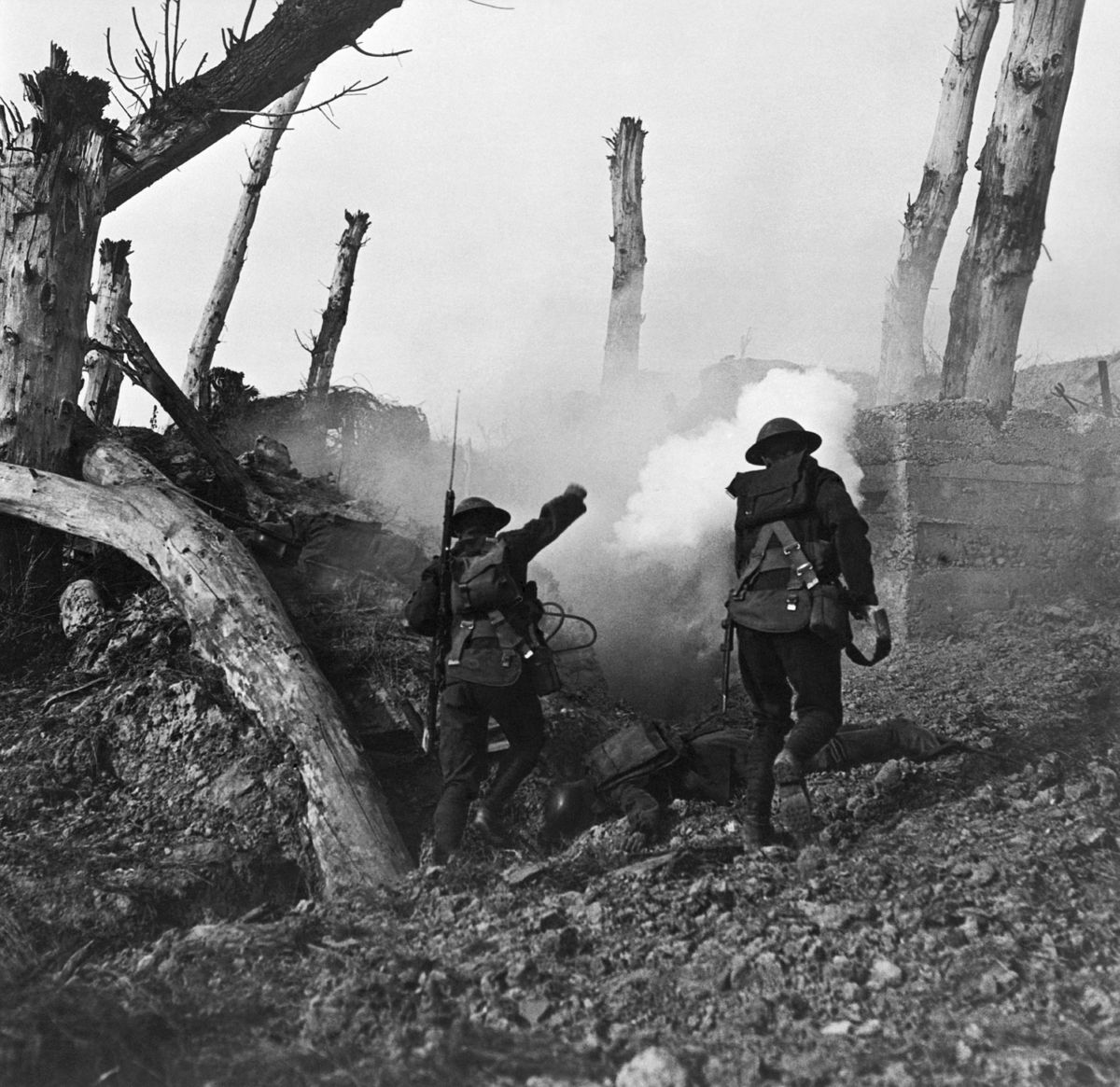