The E4 Mafia is a reference to one of the biggest groups in the Army, despite this, there are two ranks in E4 the more common specialist which is what most would associate the E4 mafia with, and the rank of Corporal. Many debates over if a Corporal is really in the E4 mafia at all or if it only pertains to the specialist rank. 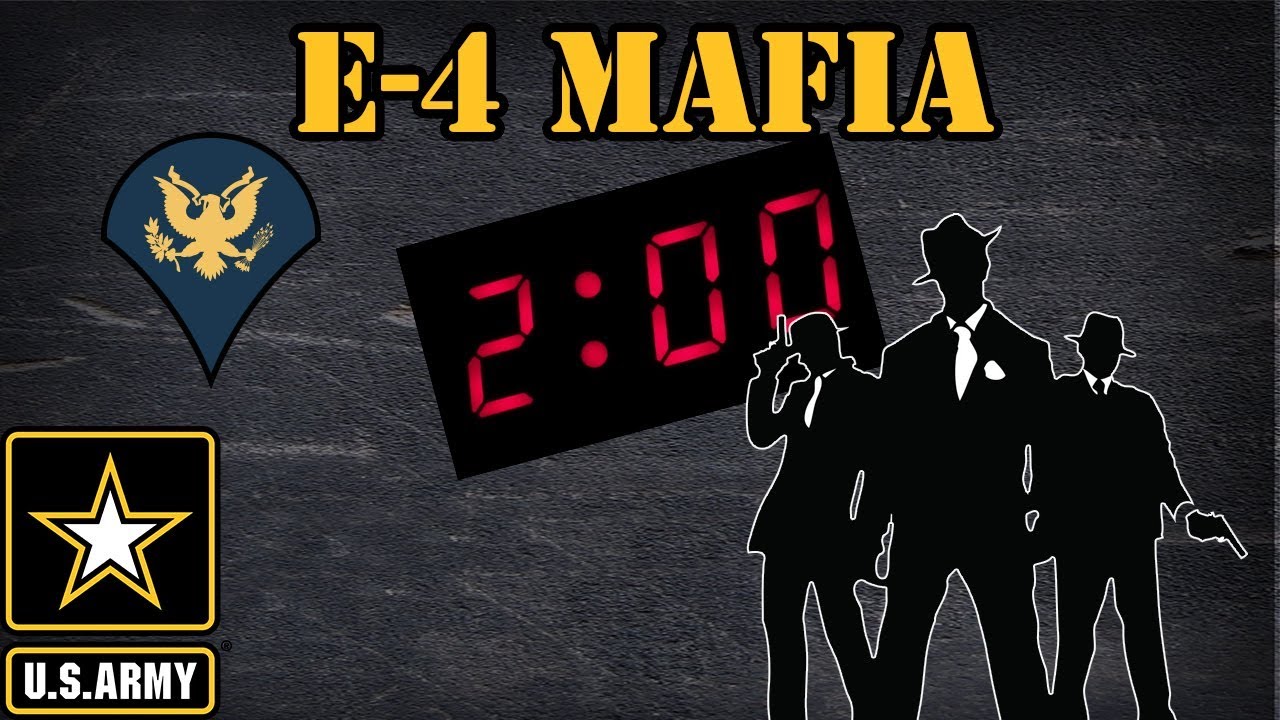 Due to the fact that the E4 mafia is less of an organized underground community and more of comradery among the largest group in the army, it is difficult to have set rules in place for them such as a corporal being or not being in the E4 mafia.

The argument that is made in defense of the corporal being in the E4 mafia is a solid one.

Corporals are of the same pay grade and get the same treatment most of the time that specialists get. They are also the guys on the ground doing the work that keeps things moving in the military and if you were to see a corporal talking to specialists and getting up to E4 mafia style business you probably would not be surprised by it.

As for the flip side of that argument, many would say that corporals are not considered part of the E4 mafia or are only part of it in a technical sense. No one disputes a corporal being the rank E4, but some think that there is more to the E4 mafia than just that. Specialists are the rank that is the largest not corporal and they both serve different functions within the Army. Some would think that Corporals do not share the connection that other specialists share with each other. After all the point of the E4 mafia is that there is such a large group of all the same rank and job that they have sway in numbers above that of just their rank. In this sense, a technical rank higher than a specialist might be excluded from the inner circle of some specialists.