B-1 Bomber in Action

With its sleek goose-head cockpit shape, and innovative variable sweep wings, the US military's Rockwell B-1 Lancer is a beautiful and impressive heavy bomber. Introduced in 1986, the B-1 bomber still sees active service today. 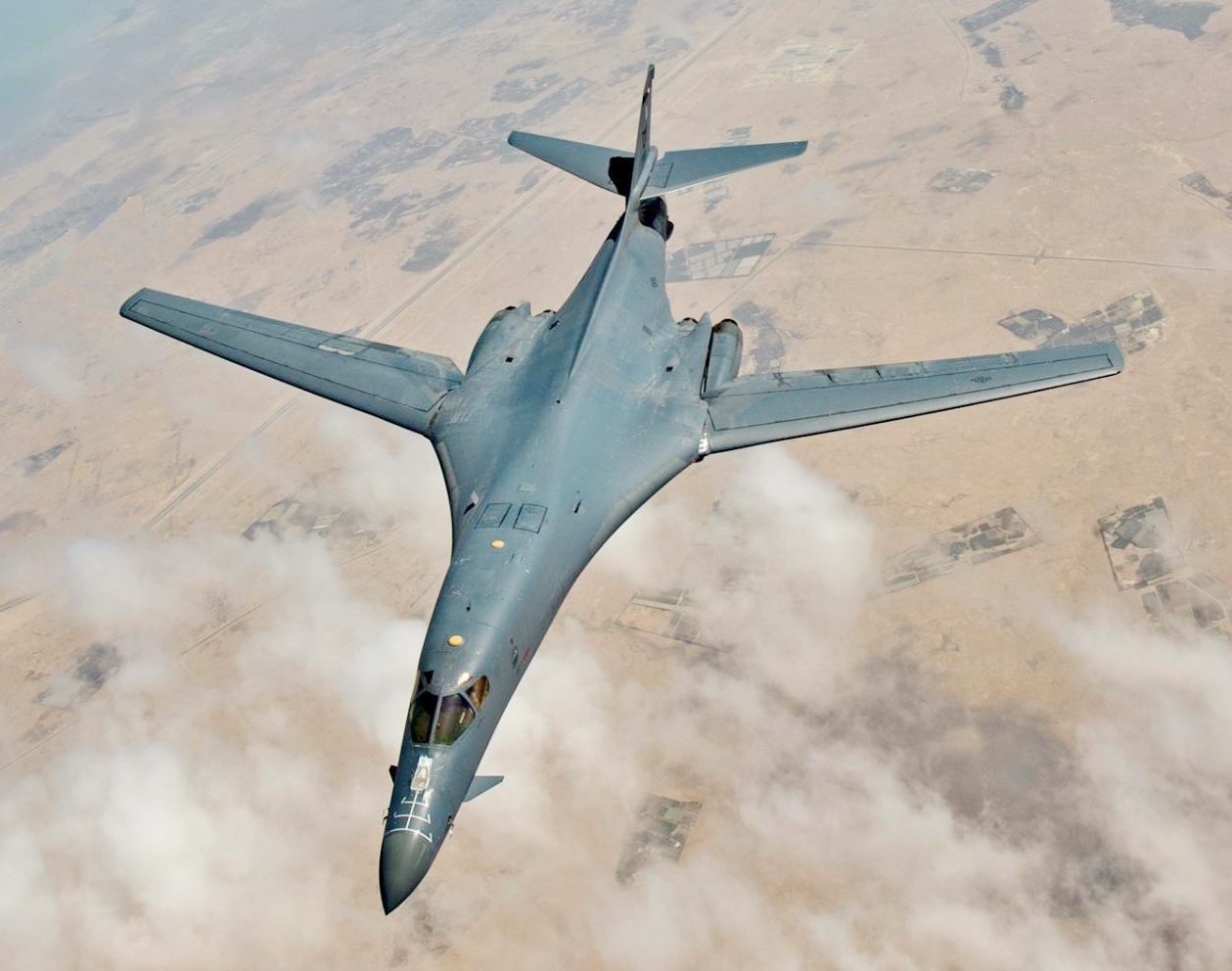 Previous to the introduction of the B-1, the venerable B-52 was the US Military's primary heavy bomber. The B-52 is an impressive aircraft in its own right, still seeing service today, but in the late sixties the military began to feel they needed a much faster strategic bomber than the B-52, to outrun Soviet interceptors. This was the genesis of the B-1 program: a long-range strategic heavy bomber that could cruise for sustained periods at Mach 2, twice the speed of sound. In order to achieve this, they gave the bomber its sleek swept-back look, more akin to a fighter than a traditional heavy bomber. A particularly remarkable innovation is the variable-sweep wings: in the forward position they stick out almost perpendicular to the airframe for maximum lift, but at high speed flight they are swept back to minimize drag.

The B-1 was able to fly faster and further than interceptors to deeply penetrate enemy territory. Today, 45 years after the first B-1 flight, and despite ongoing developments in air warfare, the B-1 bomber is still a valuable part of the US Military's arsenal.