The Armed Forces Bowl is an annual playoff for college football bowl game produced and televised on ESPN. It features teams from the Collegiate Football Conference, American Athletic Conference, Mountain West Conference, and independent Army. In 2014, the game acquired a new sponsorship and is now popularly recognized as Lockheed Martin Armed Forces Bowl. 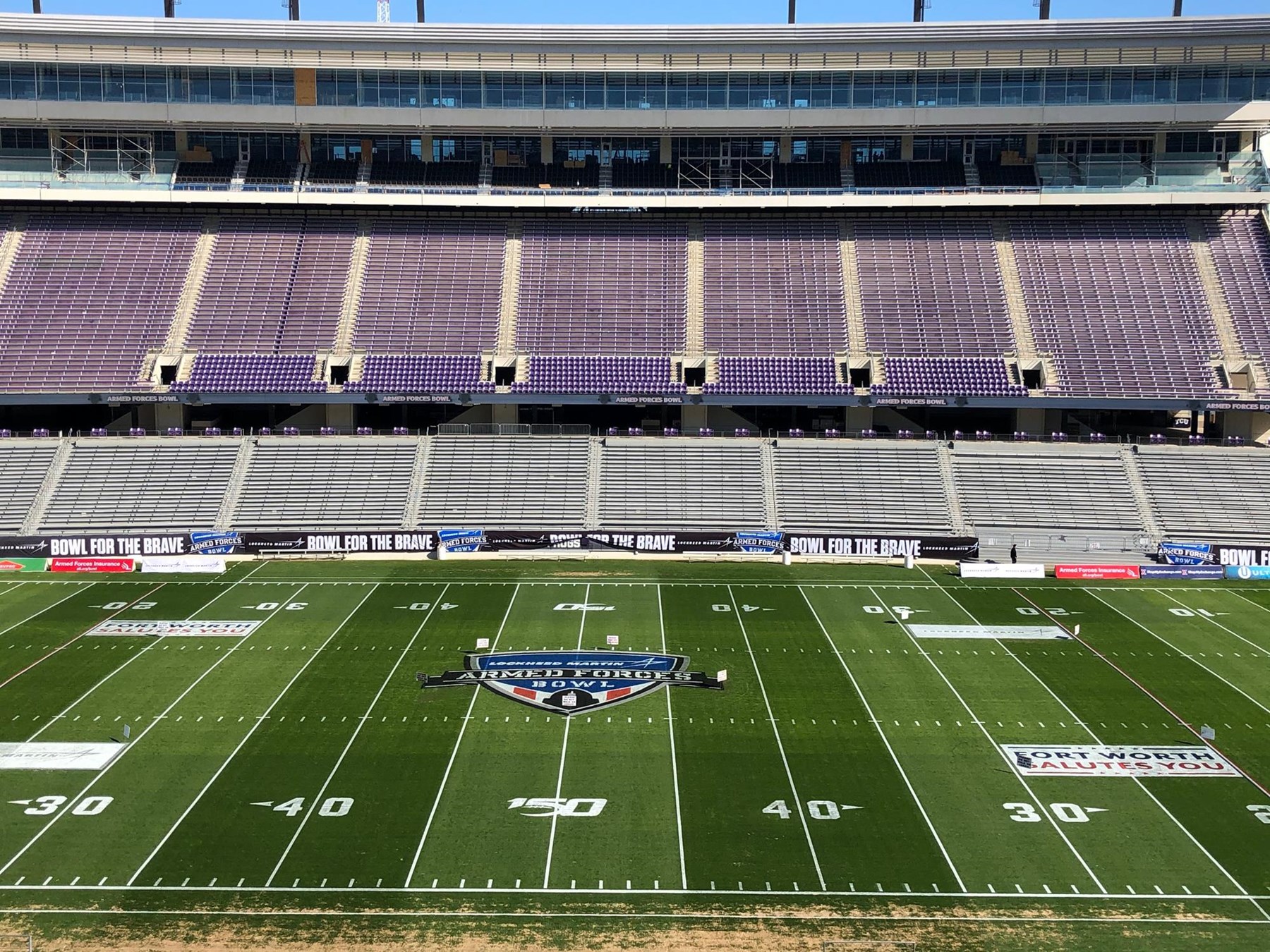 History
The Armed Forces Bowl had its inauguration on December 23, 2003. It was first known as Plains Capital Bank Bowl and held its first game at Amon G. Carter Stadium in Fort Worth, Texas. The stadium that was also called "The Carter" and "Hell's Half Acre" can welcome over 45,000 spectators. It served as the permanent venue of the annual Armed Forces Bowl except in the 2010 and 2011 editions when the stadium was under renovated. With the first playoff in 2003, Boise State Broncos won over TCU Horned Frogs with Ryan Dinwiddie as its first-ever MVP. The Plains Capital Bank ended their sponsorship of the game in the following year. In 2006, the game was named Bell Helicopter Armed Forces Bowl in honor of its new sponsor. Since the beginning of the playoffs, Armed Forces Bowl had tie-ins with the Big 12 Conference that last for two years. However, the partnership got replaced with the Mountain West Conference in 2006. The game between Army and Houston in 2018 was a box-office success. It was the most popular edition in the history of the Armed Forces Bowl. The Army won with a score of 70 over Houston with a score of 14. Army got the highest winning score since the bowl's inception.


Facts
The Lockheed Martin Armed Forces Bowl has supported our patriots through sponsorship and recognition. Aside from the playoffs, the event also holds award ceremonies in between games to honor our soldiers' dedicated service to the country. The Lockheed Martin Armed Forces Bowl Military Affairs Committee carefully chooses the most suitable individual or group who will be recognized for their outstanding service. During the bowl's half-time ceremony, the winners will be presented and awarded the 'Great American Patriot Award.' It would be quite an honor to be presented in front of over 45,000 people. Spectators will not be left out because the committee annually provides fan-fest areas where displays and flyovers are demonstrated by the military personnel. Aside from the major awards, there are also minor awards and ceremonies each year to honor our patriots. The committee is also generous to the war veterans by providing them up to four complimentary tickets that they can share with their friends and family. In addition, there are shops of apparel and other novelty items where fans can purchase to bring home as souvenirs. For those who can not go to Forth Worth to watch the game, you can check the Lockheed Martin Trophy Tour schedules near your area. The Armed Forces Bowl trophy roadshow travels from Washington to Florida, providing opportunities to fans to see, touch, and take photos with the trophy. It is an iconic symbol of heroism and is forged from combat-tested metal. Seeing the trophy in person and up close would be quite an experience.