The US Navy Aircraft Carrier the USS Abraham Lincoln is a Nimitz Class n American Aircraft Carrier built by Newport News Shipping. It is the second Navy vessel to bear the former president's name and its construction began in 1982 and was later commissioned in 1989. The ship was later overhauled at the Newport News Shipyard and later returned to active duty in May of 2017. She is a member of the United States Pacific Fleet and is the fifth Nimitz Class vessel to be built. Let's take a look at some fun facts about the USS Abraham Lincoln:

1) The ship cost over 4.7 Billion dollars (in 2010 money) to build before everything was said and done. 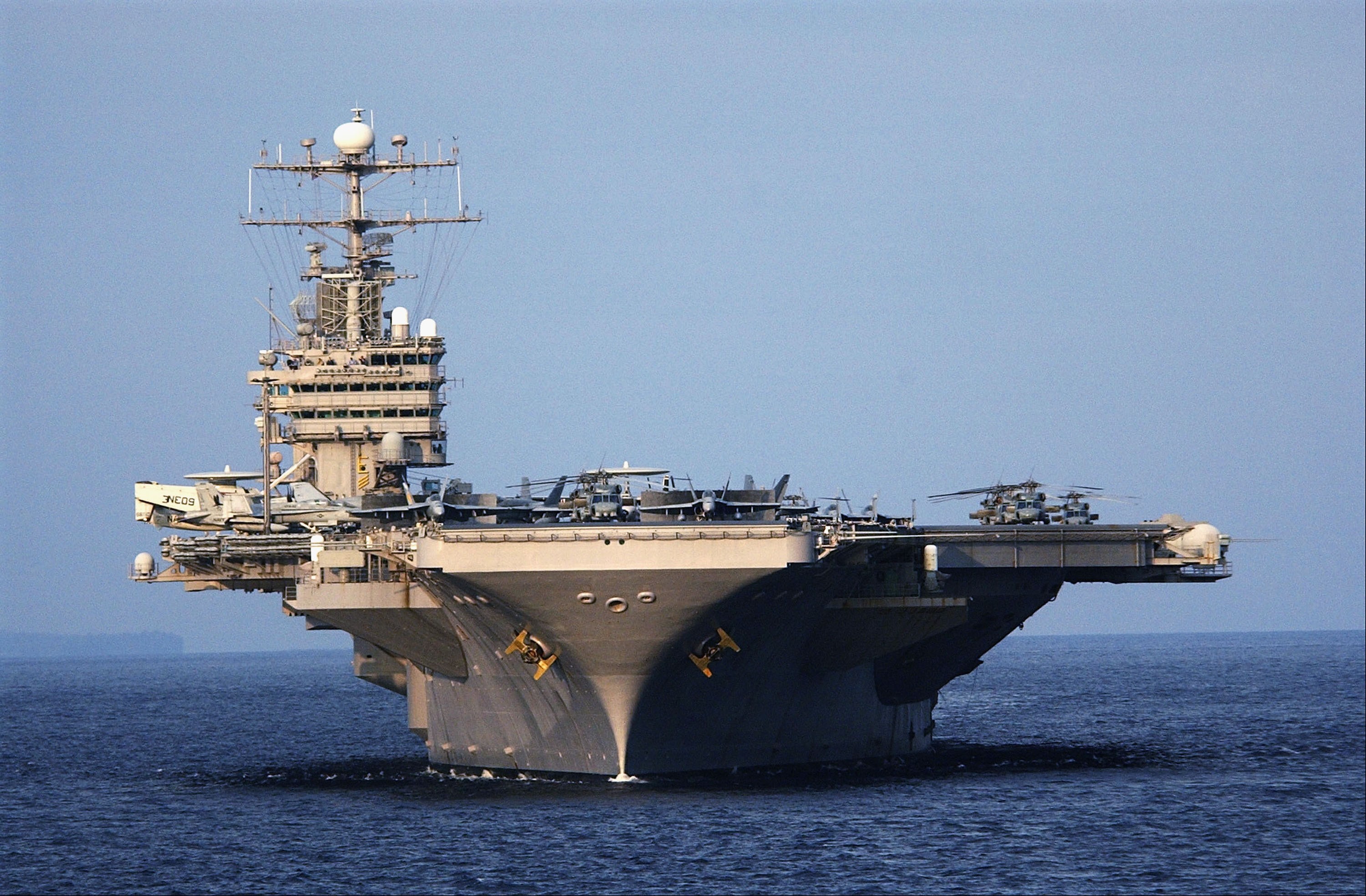 2) In the early 1990s, while headed towards the Indian Ocean, the Aircraft Carrier was diverted towards the Philippines after the eruption of Mount Pinatubo on the island of Luzon. Abe, as she has fondly been nicknamed, led a 23 ship Armada that evacuated over 45,000 people from the Subic Bay Naval Station to Cebu in the Visayas. It was the largest peacetime evacuation of military personnel and their families in history!

3) In 2003, Abe was the sight of former President Bush's now infamous victory speech after Operation Iraqi Freedom. Of course, this was only the end of conventional warfare, and a counter-insurgency that lasted many years soon followed suit.

4) In 2004, members of the film crew of the Science Fiction Movie Stealth were hosted aboard the USS Abraham Lincoln to film scenes for the upcoming 2005 movie release. Although the main aircraft featured in the film, the F/A-37 Talon, is fictional, the makers of Stealth wanted to have real shots of an aircraft carrier as the launching platform for the fictional aircraft.

5) In 2004, Abe was stationed in Hong Kong during the 9.0 earthquake that devastated Southern Asia, and thus the USS Abraham Lincoln was called on to assist in search and rescue efforts already underway and was also tasked with bringing badly needed aid and water to the hard-hit island of Sumatra as part of what was known as Operation Unified Assistance.

Abe is often compared to the USS Ronald Reagan and there are some similarities between the two. Both are Nimitz class vessels and both have the capacity for 90 fixed-wing aircraft including helicopters. Both were named after former presidents, however, the USS Ronald Reagan was the first carrier to be named after a living president. At that time Reagan was still alive but sadly passed away 11 months after the commissioning of the Naval Vessel which was overseen by Nancy Reagan and attended by Dick and Lynne Cheyney. Again, both vessels were built by Newport News Shipping and both cost roughly the same to build. Both vessels remain in active duty to this day with Abe racking up travel to all parts of the globe including the Persian Gulf, Asia, South America, Australia, and Canada. The US Abraham Lincoln will undoubtedly continue to take on Offensive military and humanitarian missions well into the future.