Picture this, someone comes up to you and asks, out of good will and nostalgia: hey, remember that movie Falcor Neverending story? And you could say sure and engage on a full discussions and appreciation of kids movies from the 80's, childhood classics like The Goonies or Batman or even Raiders. But then, as a true fan of Michael Ende's big screen adaptation, you would have go back and tell that person wait a minute, the movie's called The Neverending Story's and not Falcor's Neverending Story and there is an actual reason for that. 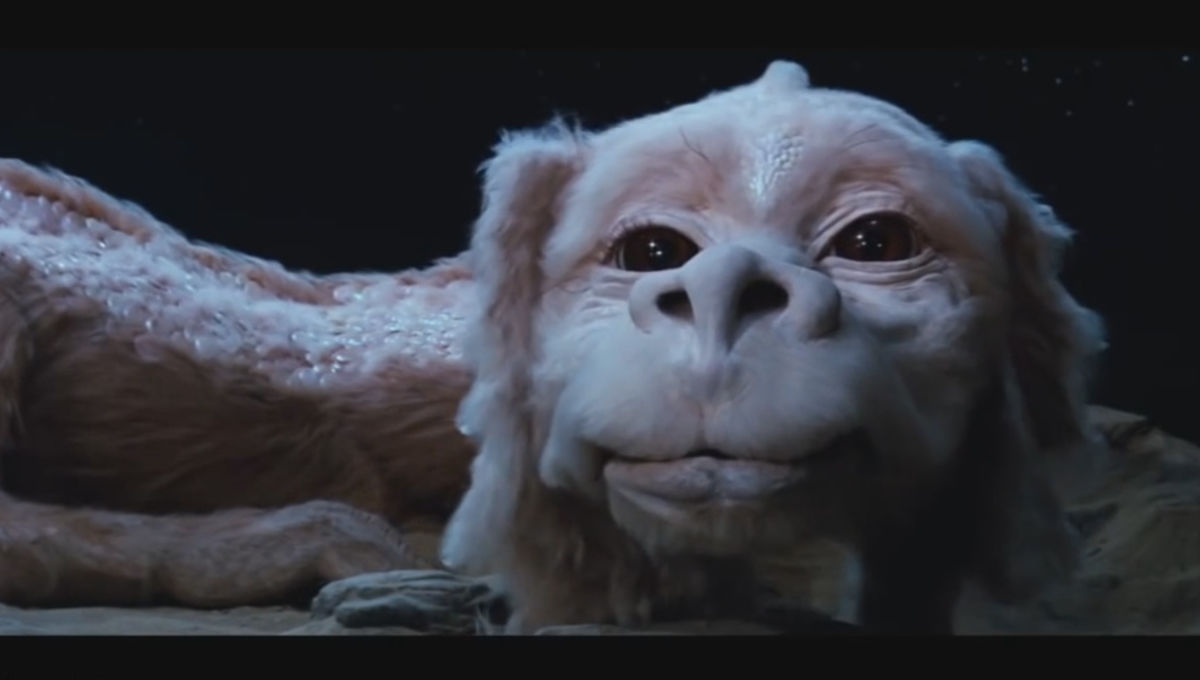 Even though the original Falcor has become a symbol for the movie and easily the most instantly recognizable character of the cast, the story goes over and beyond the one character. It is a never-ending story after all, one that stretches from the imaginary land of Fantasia past the dark realm of The Nothing, it talks about a dream land that contains all of our childhood dreams and some of our nightmares too. The character of Falcor who is neither a dragon, nor a dragon, but a luckdragon with some serious golden retriever looks, was there to represent hope and good luck that would always be there to help the protagonist move forward in his quest . It literally moved as well, as the 43 foot long luckdragon is seemingly always there to serve as means of transport for the hero. In the first film at least, Fandor was beloved. He was wise and cheerful and rather impressive as it ought to be given the model for the character was built out airplane of steel parts. The film itself, however, was meant to be slightly darker than the version audiences got on the screen. Key battle scenes from the book were cut, mostly due to some unfortunate special effects of the time, not to mention the film itself ends at mid-point not really allowing audiences to know some of the darker fates of its characters, though these are finally revealed in the sequel that came out 5 years later. Some might find it surprising that director Wolfgang Peterson took the project with such a lighter sense of direction, as he was previously known for the much darker Das Boot, an intense claustrophobic anti-war film set inside a German submarine. What some find even more surprising was that Peterson later asked Steven Spielberg to help him edit the film, as he wanted to find a faster pace for US audiences. As a result, the film ended up seven minutes shorter and Spielberg got the Auryn talisman we see in the film as a personal gift. The film ended up becoming a hugely successful cult classic, but it was at the time of its release, one of the most expensive films in German history. It was also the first English-speaking film ever directed by Petersen. He would then move along to direct other American box office hits such as the In the line of Fire, the Perfect Storm and Air Force One. He never did shoot another film in Germany, but he did go back to big budget epic fantasy film production when he directed Troy, in 2004.