At first glance, a non-military layman might be tempted that the term "Snipes" was simply a shorter word for the word Sniper but nothing could be farther from the truth! Snipes work below deck and keep the engines running 24/7 with no guns involved. Being a Snipe in the US navy can be a very gruelling and thankless job.

The term "Snipe", otherwise known as "Bilge Rats" or "Black Hats" was originally a derisive and insulting term aimed at the Engineering Department. Around the time of WWII, the sailors known as "Snipes" started dying their traditional Navy hats dark blue and black. Snipes did gruelling work that lead to a significant build-up of grease, oils and just plain dirt and a dark hat and uniform were amongst the easiest ways to hide this dirt and grime. 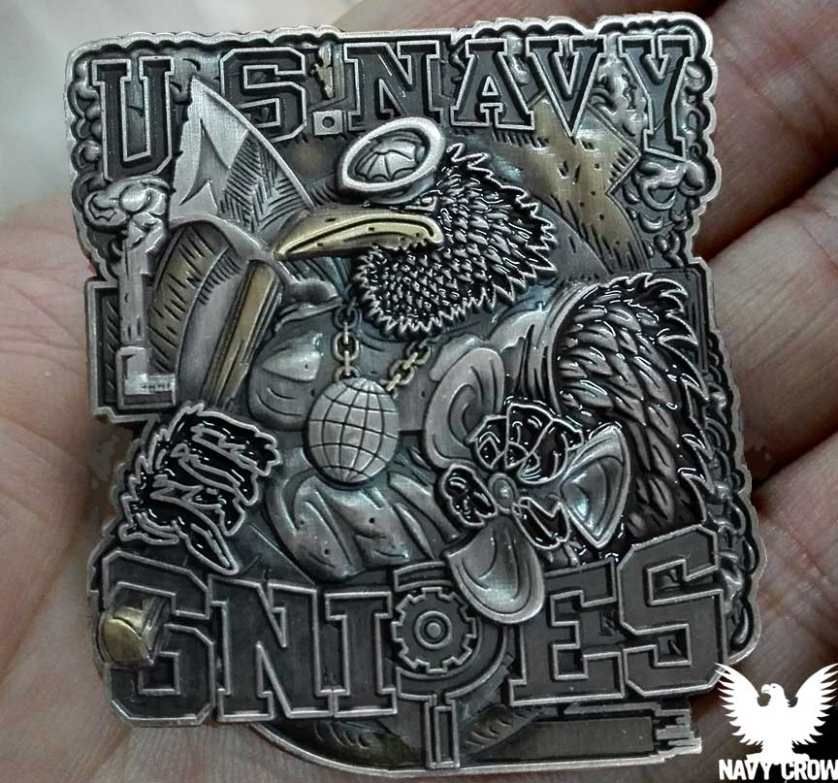 The origin of the "Snipes" can be traced back to the days of wooden sailing ships where it was the job of certain sailors to make sure the sails were properly oriented for maximum speed and the Carpenter of the ship would ensure that the hull was kept airtight. As history moved along, steam power was adopted and it became the responsibility of the Coal Heaver to retrieve the coal stored in the ship's bunkers and to bring it to the Machinist and Boiler Maker who oversaw the propulsion of the ship!

Various titles were adopted during the years that followed, largely dependent on the type of power source used at the time. After the use of coal, ships moved on to use gas power and then as history pushed forward into the modern ages, nuclear power was adopted.

In the modern times of today, there are all kinds of sailors with duties and responsibilities that are below deck and could thus be considered "Snipes" These include:

In today's world, these men and women have lots of duties and responsibilities, often wearing many hats as they go about their duties. In addition to often being glorified plumbers, these sailors are responsible for keeping the engines running, damage control, firefighting and even managing the communications systems of the ship!

Legend has it that a former Chief Engineer named John Snipes started advocating for equal treatment for those who worked below deck but those that worked above deck frequent ridiculed Snipes. One day these sailors decided to stop all the engines and lights and the sailors above deck soon came to realize that without the men and women below deck, the ship was nothing more than a floating box just floating in the ocean. The sailors above deck quickly recognized the value of these sailors and gradually the stigma disappeared and the sailors below deck were given equal treatment and, more importantly, they were given respect! While the job of a Snipe can be dirty and gruelling, they are an essential part of the US Navy and these men and women heroically get the ships from A to B!